Alfred Adler's personality theory concentrates on two questions one is what drives us and what great force underlies an individual's motivations that helps individuals to go forward in all circumstances. He ultimately came to refer to this driving force as the striving for perfection, a phrase that captures the desire we all have to reach our potential and our ideals—a process that is very similar to the more widely accepted concept of self-actualization (Adler 2014). It is impossible to digest Adler's ideas without coming across the problematic nature of the word’s perfection and ideal. Self-actualization is likely the less problematic of the two phrases. While wanting to be the greatest version of oneself is undoubtedly a good goal, the idea of perfection is sometimes associated with negativity in psychology. However, perfection, in reality, does not exist. For this reason, it cannot be reached, and it results in a lack of motivation. 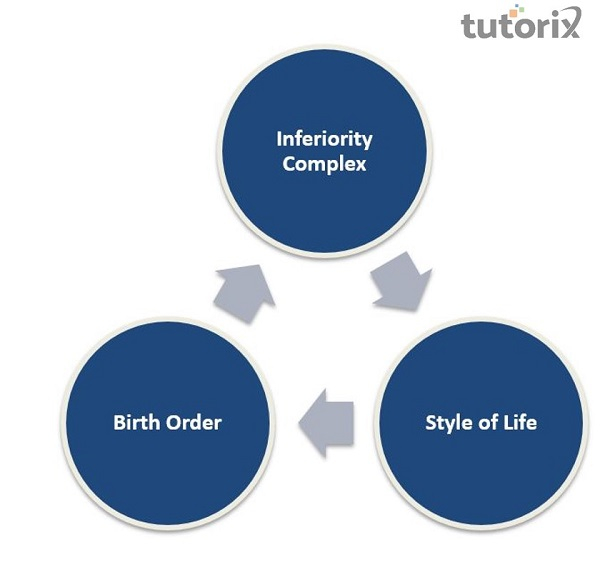 According to Adler, everyone has inferiority complexes, or emotions of shame and inadequacy, which start in childhood. For the best possible development of the personality, this complex must be overcome (Adler, 2013). An inferiority complex can develop when a person consistently struggles to acquire a skill or focuses a lot of attention on a specific flaw. The majority of children deal with their inadequacies by daydreaming about being adults by getting better at what they are not very good at, or by making up for it by being particularly good at something else. However, for some children, the uphill struggle to build self-esteem is insurmountable. According to Adler, humans are always battling against inferiority complexes. However, Adler also advanced the idea of compensation and overcompensation, which essentially refers to the practice of engaging in activities that help individuals get over feelings of inadequacy.

Adler said that every individual develops their own philosophy or way of living. Our ongoing supply of inspiration comes from our ambitions. These objectives provide us with a sense of security and aid in removing our inferiority complex. For instance, each youngster in the aforementioned narrative reacted differently to the terror of a lion. Each person has a unique perception of his or her deficiencies and the coping methods they decide to employ to overcome them, as described by Morgan and King in their book Introduction to Psychology (Arranz-Ferjo & Barreto-Zarza, 2022).

Adler recognized four personality types, such as the learning type, the avoiding type, the ruling type, and the socially helpful type. It is crucial to grasp these four types of personality to comprehend an individual's psychology.

Ruling Type − The first type is the ruling type, and these individuals have a propensity to be aggressive and domineering toward others from an early age. They have a powerful energy that overwhelms anything or everyone who stands in their way. According to Adler (2014), these individuals are not necessarily bullies or sadists, though; some focus their energies inward and cause injury to themselves, as is the case with drug addicts, alcoholics, and suicide victims.

Leaning Type − The leaning type is the second type, and these people are sensitive, despite their best efforts to protect themselves by building a shell around themselves. They ultimately need the support of others to get through the difficulties of life, and they are energy-less and rely on the energy of others. Along with this, they are also highly prone to obsessions, phobias, anxiety, and dissociation. 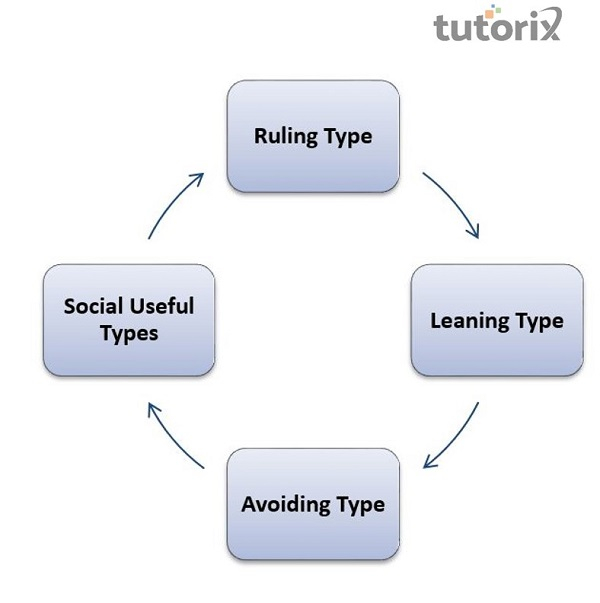 Avoid Type − Avoiding type is the third type, and these people have such low energy levels that to save it they withdraw inside themselves and shun all aspects of life in general and other people in particular (Adler, 2013). These people can become completely withdrawn from themselves to the point that they experience psychosis.

Social Useful Types − It is the fourth type, and these people are often in good physical and mental health, with sufficient but not excessive social engagement and energy. They can help others in a meaningful way because they are not so overcome by a feeling of inferiority that they are unable to see clearly outside of themselves.

The fundamental tenet of Adler's theory is that human conduct is intentional and goal-oriented. We can all decide and create. Our own goals serve as our source of inspiration. The pursuit of objectives that provide us security and aid in overcoming feelings of inadequacy is crucial to the development of our personalities. To assist patients with their mental health concerns, Adlerian treatment is also based on Adler's idea. It takes a comprehensive, goal-oriented, and socially conscious approach.