Children with neurodevelopmental issues may struggle with their language, speech, motor abilities, behavior, memory, or other brain processes. Autism is a neurodevelopmental impairment that is often persistent, even though the signs and behaviors of these conditions frequently alter or vary with the kids’ age. 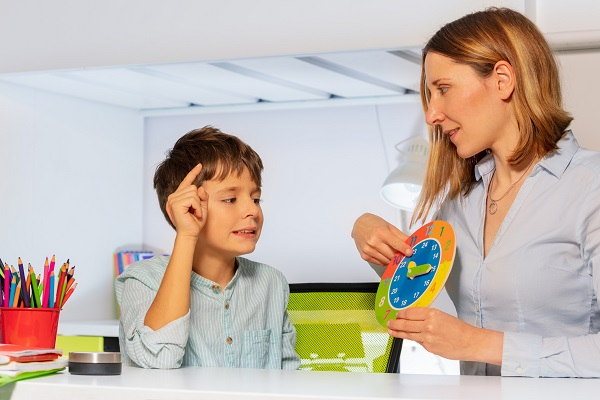 What is Autism Spectrum Disorder (ASD)?

Autism spectrum disorder (ASD) is a neurodevelopmental condition wherein the development of the brain is affected. Consequently, it has a significant impact on how children with ASD interact with others, communicate, learn, and behave. The neurological and developmental disease known as ASD, often called autism spectrum disorder, impacts how people interact with others, communicate, learn, and behave. Although autism can be identified at any age because symptoms often emerge in the first two years of life, autism is a "developmental condition."

The Diagnostic and Statistical Manual of Mental Disorders (DSM-5), established by the American Psychiatric Association, states the following diagnostic criteria for ASD

The Diagnostic and Statistical Manual of Mental Disorders (DSM-5) also lists several specifiers associated with ASD. Some of the most important specifiers are as follows

Neurodevelopmental abnormalities are often identified in children, although they can persist into adulthood. Even if the condition was evident from the beginning in milder cases, it is occasionally not recognized until maturity. Complex genetic and environmental variables that alter brain development cause neurodevelopmental disorders. In some circumstances, we are aware of these genetic and environmental influences. Early childhood is often when doctors diagnose ASD. However, it can occasionally be challenging to identify autism spectrum disorder due to the wide variation in symptoms and severity. A parent or clinician may see early signs of ASD in a young kid. However, a diagnosis would need to be validated. A team of doctors and experts will often establish an official diagnosis of ASD if signs support it. This could involve a psychologist or neuropsychologist, a developmental pediatrician, a neurologist, and a psychiatrist.

Autism's early warning signs and symptoms are very diverse. While some ASD children exhibit minor symptoms, others struggle with serious behavioral problems. Toddlers often like interacting with others and their surroundings, and parents frequently become aware of their child's unusual conduct before anybody else. Each kid with autism faces difficulties in the following areas:

In addition to regular developmental monitoring, the American Academy of Pediatrics (AAP) suggests standardized autism-specific screening exams at 18 and 24 months of age. If there is a physical explanation for the observed behaviors, the expert will do tests such as a hearing test to check for deafness or difficulties hearing. They will also employ other autism screening techniques, such as the Modified Checklist for Autism in Toddlers (M-CHAT), consisting of 20 questions. Parents fill out the new screening instrument known as the checklist. It assists in determining if a youngster has a low, medium, or high risk of having autism.

A thorough physical and neurologic examination is the next stage in the diagnosis of autism. There may be a group of experts needed for this, and the experts might be developmental pediatricians, child psychologists, pediatrics, neurologists, language and speech therapists, and occupational therapists.

Screening tools could also be used in the evaluation. There are several options for developmental screening. Autism cannot be diagnosed with one tool. Instead, various tools must be used in conjunction to get a comprehensive diagnosis. Some commonly used screening tools are: 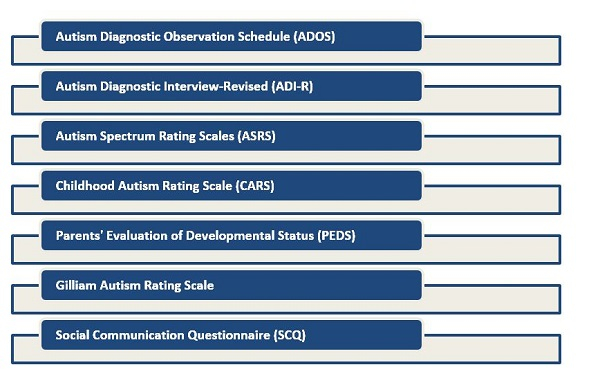 Child's unique needs will determine the kind of treatment they receive for autism spectrum disorder. Several therapies are available for ASD because it is a spectrum condition, meaning that some children with autism have moderate symptoms while others have severe ones. Aside from medicine to aid with any underlying medical disorders associated with autism, they may also involve various treatments to help with speech and behavior. Depending on the circumstances and needs of your kid, several therapies may be most effective, but the ultimate result is always the same: symptom reduction and enhanced learning and development. Treatment also incorporates medication and a multidisciplinary approach involving behavioral therapy, play therapy, occupational therapy, and speech therapy.

Some autistic persons may benefit from massage therapy, weighted blankets and clothes, and meditation techniques to control their symptoms. Results, however, will differ. Some people could react well to particular strategies, while others might not.

ASD can be diagnosed in people of various sexes, racial and ethnic backgrounds, and socioeconomic statuses. Even though ASD can be a lifelong illness, some programs and therapies can help with symptoms and day-to-day functioning. The American Academy of Pediatrics advises that all kids have an autistic spectrum disorder screening, and parents should discuss ASD screening or evaluation with their child's doctor.