Personality, which is one of the major focuses of research within psychology, has always intrigued academicians due to its dynamic nature. Many authors have conceptualized the concept over the years in many different ways. The most comprehensive definition is by the American Psychological Association, which states, "personality refers to the enduring configuration of characteristics and behavior that comprises an individual's unique adjustment to life, including major traits, interests, drives, values, self-concept, abilities, and emotional patterns…."

As complex and dynamic a concept as personality is, impacted by many distinct yet related factors that often interact like heredity, physiology, social and cultural factors, experiences, and psychological characteristics, among others. Although culture was not a focus of study in earlier times, researchers have started observing personality differences in different cultures.

Culture is a comprehensive term, which includes range of personal as well as social elements, such as knowledge, beliefs, tradition, arts, norms, customs, habits, and over all social behaviors. In gist, it can be said that it is a man-made environment. Since, such cultural practices influence and shape individual’s personality, so to understand the personality, culture study became important.

Furthermore, within personality psychology, a subfield developed that focuses on understanding cultural perspectives to personality. Now, the question is:

"Why and in what ways does something as personal as the personality gets affected by the culture, something that originates from the society?"

Well, the answer to it lies in the above statements themselves. Humans are social beings who do not live in a vacuum, and the social environment affects the people and is affected by them. In this process of continuous interaction with the culture, in which an individual resides, and sometimes with other cultures they come in contact with, they form new patterns of behavior and attitude, modify the old ones and at times, strengthen the old endowments. 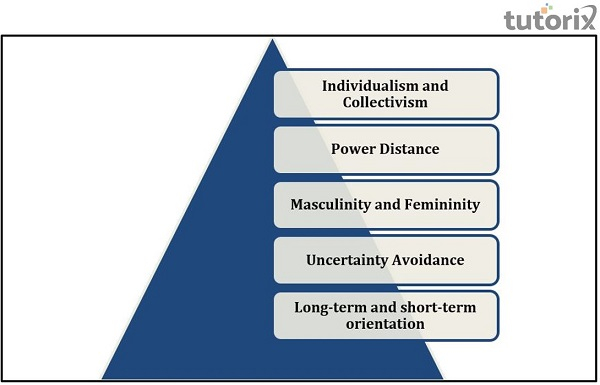 Let’s discuss each one of them separately:

Heredity and Environment of Culture

The different dimensions of cultures result in differing environments available for individuals to learn from, as it is known that personality is a subtle combination of heredity, learning, and situational factors. The cultures interestingly have affected all these subtleties of the personality. From the hereditary point of view, the people living in one society have more sexual contact than others and therefore are more likely to pass on genes. Thus, individuals living in the same society and culture have more genes in common than others and, therefore, more possibility of similarity in personality. Further, humans are social beings who learn from our environment; they learn new behavior and modify the old ones through experiences and simply observing others. This is where cultures come into action. Interestingly, the culture also often shapes situational adaptations as events occur in a cultural context.

Therefore, within a cultural context, the personality is influenced by people, norms and rules, traditions and social beliefs, language, and often by media.

Assessment of Personality in Cultural Context

Our personality is not only shaped by culture but also evaluated by the cultural context of the perceiver. This implies that one's behavior is evaluated as normal or abnormal and right or wrong, based on the cultural norms of the perceiver. Most personality studies exploring cultural themes tend to explore the differences between the culture. However, it will be wrong to assume that there is only difference between cultures in the context of personality. Researchers have rigorously explored the concepts of cultural universality. Cultural universals imply the universal core of human nature. Thus, certain similarity also exists between people across cultures as well. At a more specific level, individuals with similar jobs and occupations like teachers, soldiers, etc., have or develop similar personality traits over time despite their cultural dissimilarity.