Have you ever found yourself commenting on what a different person your childhood friend has become? Or how there are stark differences between you and your parents? Or how have you gone from being self-centered to think about everybody else before yourself? This is because all of us undergo different stages of life wherein different aspects of our personalities also change. While many elucidate the process, no one set school of thought could concretize the process.

Unlike popular belief, Jung postulated that personality development takes place over a series of stages that result in the culmination of individuation or self-realization. To him, the latter half of life, the period after 35-40 years of age, is crucial in bringing together various aspects of personality in an attempt to attain self-realization. However, the risk runs high for a steady decline or severe reactions if a balance between polar opposite forces is not achieved. This ability relates to the proportionality of success gained in traversing through the previous stages of life.

Jung identified four developmental stages: childhood, youth, middle life, and old age. He believed that the traverse through life is analogous to the sun's journey through the sky, with its brightness representing consciousness. The early morning sun reflects childhood which is full of endless potential but lacking brilliance, and the morning sun is our youth where a steep climb towards the zenith is observed without the slightest knowledge of the impending doom; the early afternoon sun characterizes middle life, brilliant like the late morning sun, but headed for the sunset and the evening sun is old age, the once brightly lit consciousness losing its light. Jung believed that the ideals, values, and modes of behavior are dynamic entities that must be changed to adjust to current life stages.

Childhood was divided into three stages −

The period from puberty until middle life is called youth, wherein young people strive for psychic and physical independence from their parents to find a partner, raise a family, and stand some footing in the world. According to Jung, this period should entail an increase in activity, achieve sexual maturation, widen consciousness, and, most importantly, come to terms with the saddening reality that the carefree childhood phase is long gone. The major obstacle of this stage is to overcome the barrier of clinging to the narrow consciousness of childhood in avoiding problems about present life situations. This desire to live in the past is called the conservative principle.

It is not until puberty that the psyche formulates into a concrete entity. This phase has been named psychic birth by Jung and is marked by difficulties and the need for adaptation – putting a full stop to childhood fantasies and confronting reality demands as adults. Our focus on youth is external, with a dominating consciousness as we aim to achieve our goals and establish a secure and successful place for ourselves in the world.

Jung said that this stage starts around 35 to 40 years of age when descent is overserved. It might present people with anxious thoughts and yet provide immense potential. If the tendency is to retain early life's social and moral values, a rigid and fanatical approach might be observed in trying to maintain their physical attractiveness and agility. Hence, to live fully during this stage, the period of youth should not be lived by either childish or middle-aged values. People who can do that can give up extraverted youth goals and move towards the introverted direction of expanded consciousness. Their psychological health is a characteristic of finding new meaning in life and not merely achieving success in business or good family life.

Jung believed that major personality changes occurred during this phase. It was a period of personal crises stemming from the dawn of realization that although a well-established life had been achieved, the zest and enthusiasm of younger years had been compromised. Although saddening, these changes were inevitable and universal. So, it would be beneficial to spend the first half of life focusing on the objective world of reality – education, career, and family and the second half looking I subjective self-reality inwards. The personality's attitude must move from extraversion to introversion, increase awareness of the unconscious, and shift interests from physical to material (spiritual, intuitive, and philosophical); thus, embark on the journey towards self-realization. 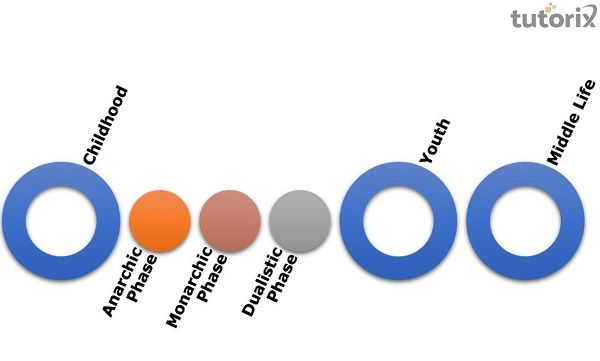 According to Jung, psychological rebirth, also called self-realization or individuation, is the process of becoming an individual or whole person by integrating the opposite poles of personality into a single, homogenous self. There are several stages enlisted to reach the ideal of self-fulfilment. 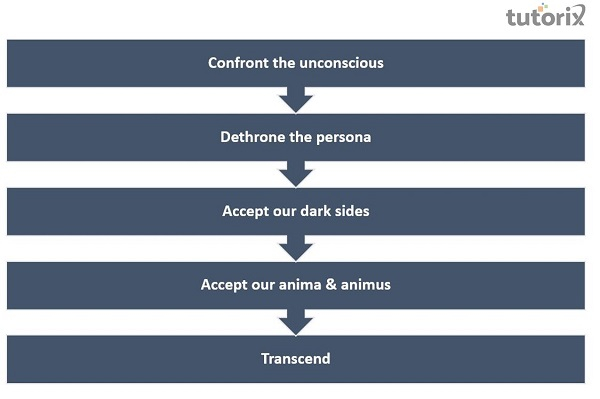 While many ideas Jung postulates make sense and might sound doable, personality development is not that simple. We draw on different forces of nature, and different hurdles might characterize each stage, so a sequential flow is now always possible. Apart from the deterministic view by Freud, Jung put forward an approach that sounds both mystical and yet not completely distant from scientific concepts. However, the problem lies with the universality of ideas.