“Radioactive Decay” emits energy in “ionizing radiation form” and is also responsible for damaging the genes’ DNA and biological tissues in the human.

What do you mean by Radioactivity?

The act of emitting radiation from any objects that are either naturally or artificially formed is determined as radioactivity.

This phenomenon occurs due to the presence of an atomic nucleus and is quite unstable. During this act, the radiation wants to give up a certain amount of energy that usually shifts to a much more stabilized configuration.

As an example, a “light bulb” that emits radiation emits in the form of light and heat (Drexlin et al. 2017). But it is not considered to be radioactivity. Here an “unstable atomic nuclei” can be found that can also be determined by its radioactive nature. The process that is stochastic or random occurring at an individual atom’s level is considered to be the process of “Radioactive decay”.

What are the main causes of “Radioactive Decay”?

What are the types of “Radioactive decay”?

The nucleus that can be decomposed by the “emitting particles” is determined as the “radioactive nuclei”. In the periodic table, there are various laments whose atoms remain in unstable conditions, and get changed into different elements later (Tolstov et al. 2017). As the electrons of these unstable elements are changing constantly the element properties are also getting changed. In natural “radioactive decay” three emissions occur that scientists are unable to identify as the known elements are

When individuals become exposed to very high “Radio Frequency” and “Radioactive Decay” it can harm them by heating the biological tissues by enhancing the temperature of the body.

These radioactive waves are mainly emitted by mobile phones like RF-EMFs are absorbed by the human brain quickly and affect the neurons and activities in the brain.

According to the law of “radioactive decay,” it can be stated that the probability of “per unit time” then the “decay of the nucleus” of an atom will remain constant is independent of time (Shen et al. 2017). The “nuclear decay” rate can also be measured in the “half-life” term. 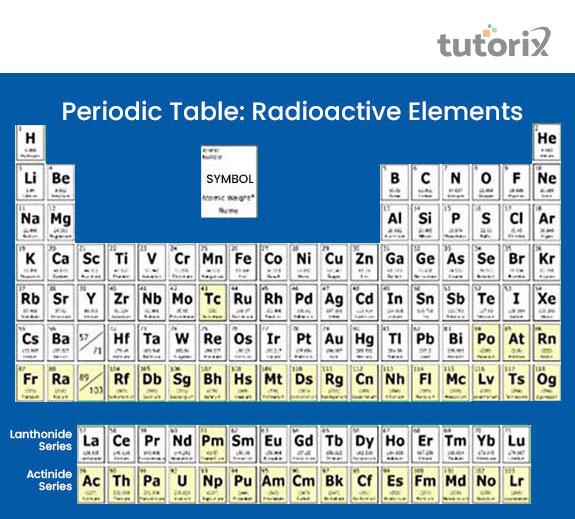 This “half-lofe” is considered to be the amount of time “radioactive decay” takes for an isotope for losing its half “radioactive state”. When a radioisotope has about 14 days of “half-life” then decay will be found in half of its atoms within 14 consecutive days.

Among all these “radioactive decay” particles, Alpha particles have less power of penetration. Beta particles have less power of ionization and are considered to be smaller particles if compared to alpha particles. The gamma rays cannot be determined as particles, but they have a high form of “electromagnetic radiation” energy and have no charge and no mass. There is also an “exponential decay” law in radioactivity that needs to understand by all. This “radioactive decay” occurs as the “statistical exponential” rate process where the decay atoms are present in the interval of “infinitesimal time” and is proportional to the N number of atoms.

Q1. What is “Radioactive Decay”?

The act of emitting radiation from any objects that are either naturally or artificially formed is determined as radioactivity. “Radioactive Decay” emits energy in “ionizing radiation form” and is also responsible for damaging the genes’ DNA and biological tissues in the human. The ionizing radiation mainly incorporates beta particles, gamma rays, and also alpha particles.

The “Radioactive elements” that remain in the unstable form in the periodic table then it is considered to be the “radionuclide”. This “radionuclide” element gets transformed into different atoms of a “decay product”. When a series of “decay products” are created in order reach to their balance then the “decay chain” is formed.

Q3. What are the two main types of “Decay chain”?

There are several types of decay elements present in the periodic table. These “decay elements” are considered to be the “radionuclide” that have a specific “decay rate”. A Series of “decay elements” together form the “decay chain” among which Thorium-232 and Uranium-238 are the major products.

Q4. What are the appropriate examples of “radioactive decay”?

“Radioactive Decay” emits energy in “ionizing radiation form” and is also responsible for damaging the genes’ DNA and biological tissues in the human. Some of the “radioactive decay products” are cobalt-60, which is an isotope emitting gamma rays. These grammar rays of cobalt-60 ate often used in the treatments of cancer that has a “half-life” of about 5.27 years.

Q5. What are the various types of “Radioactive decay”?