Abnormal behavior is often seen as something to be scared of, and people tend to consider "abnormal behavior" as something dangerous or uncommon, whereas in the context of psychology, an abnormality is a word used to define problems a person may face with their mental health. 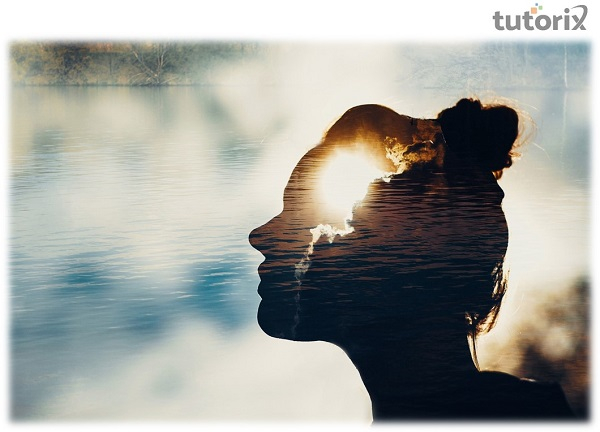 What is Abnormal Psychology?

Abnormal psychology sheds light on psychopathology, or the study of causes, symptoms, and management associated with abnormal behavior or mental disorders. People facing mental health challenges are also seen and treated differently by society, which creates feelings of shame, embarrassment, and distress. A mental illness is a mental health condition that negatively affects a person's thinking, feeling, behavior, relationships, and overall functioning.

Differences Between Normal and Abnormal Behavior

The definition of normal and abnormal behavior might differ from culture to culture. Normal behavior refers to the type of behavior that lies under the code of conduct of society, i.e., the behavior that is expected and accepted by the people living in the community. Any behavior is considered normal when it follows all the norms, values, and expectations set up by society.

Whereas abnormal behavior indicates the kind of behavior considered unacceptable according to societal norms, this is the kind of unexpected behavior that violates social norms. Abnormal behavior does not have a concrete definition. Commonly, deviation from the ideal or normal is considered to be abnormal. The medical system defines abnormality as the presence of some specific symptoms. However, many scholars have defined abnormal behavior as having four elements, or 4 D's, i.e., Deviance, Distress, Danger, and Dysfunction.

Deviance is defined in statistical frequency terms, i.e., infrequent behavior is considered deviant, and it is one of the elements in defining abnormality. Behaviors, thoughts, and feelings that cause distress to the individual or others, affecting the social, interpersonal, emotional, and physical well-being, are considered to be another element of abnormality, i.e., distress. Dysfunction can be understood when a person's behavior interferes with their day-to-day functioning, their ability to carry out daily activities, form close relationships, hold jobs, etc. Lastly, any behavior that may harm self or others is considered dangerous and, therefore, an important element of abnormality.

Psychological disorders are patterns of thoughts and behavior that affect emotions, behavior, and cognition and our considered uncommon in society. Psychological disorders can be stressful and create difficulties in day-to-day activities. Abnormal Psychology aims to describe, explain, predict and modify behaviors associated with psychological disorders. Since it is a dynamic construct, it is important to consider multiple factors underlying understanding a particular disorder. Some factors can be biological, psychological, social, cultural, or a combination of one or more. For this reason, a bio-psycho-social model is given importance. 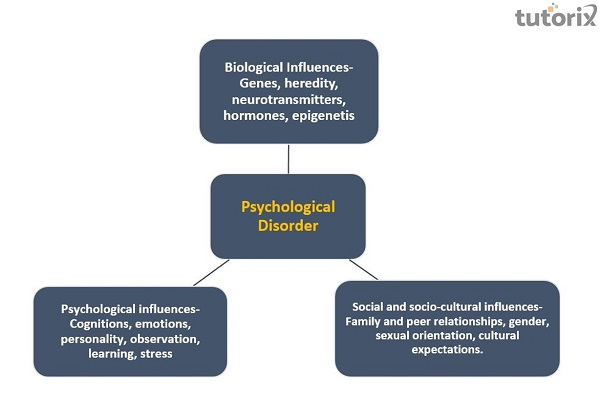 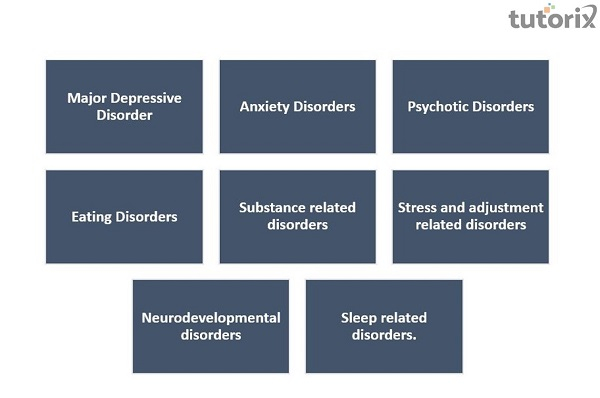 The disorder often goes undiagnosed due to the fear of unacceptability in the family or society. The stigma associated with psychological disorders makes it difficult to study, understand, and treat them.

Abnormal psychology is one of the fundamental branches of psychology that focuses on the study of all those people whose behaviors are "abnormal" or "atypical" compared to the members of the respective society. However, to define the concept of abnormality precisely is not an easy task, as abnormal behaviors spatio-temporal characteristics and highly unpredictable.