When a person is faced with a situation that s/he did not expect or is not able to accept, what can one usually do in such situations? One common response is that they might deny or repress it, saying that they do not remember or are not able to realize it. This might happen because they are using defense mechanisms that help them protect themselves. Whenever anyone sees a child being very aggressive or not talking to anyone, the assumption would be that something might have happened in his/her childhood that made them like this. Most people do believe that our every action and behavior is determined by our past actions and childhood.

Anna Freud was the daughter of the famous psychologist Sigmund Freud. She was the one who carried the legacy of Freud and expanded it further. Anna was one of the six daughters of Freud and was the only one interested in her father's work. Freud devised the concept of the ego, id, superego; defense mechanisms; psychosexual stages, and many more. Anna did not enter into Psychoanalysis until 1918. Earlier, she used to be a teacher and was liked by every student. When she entered psychoanalysis, she started reading her father's work. Her journey of being a Psychoanalyst began when she was psychoanalyzed by her father, which was acceptable at that time as the field was novel and she was still experimenting. She soon became part of the Vienna Psychoanalytic society, where she presented her paper, Beating Fantasies and Daydreams, in which she presented her dreams. Anna Freud is known for her work on Ego Psychology and Defense Mechanisms.

When she came into the field of Psychoanalysis, Anna Freud wanted to change the definition of Psychoanalysis. Earlier, psychoanalysis focused on the unconscious desires or Id of the personality, which was not observable and unconscious. So, such techniques could not be validated. Thus she wanted to shift the dynamic to the Ego, which though could not be observed as directly but was somehow conscious and observable through behavior. Although the Id is observable, sometimes its actions cannot be reasoned. The id works on the primal instinct, and the ego has to restrain it according to societal expectations and somehow gratify the id. If those actions or thoughts are not satisfied, then those thoughts provoke anxiety, and in order to protect themselves from that anxiety, Defense Mechanisms come into play. 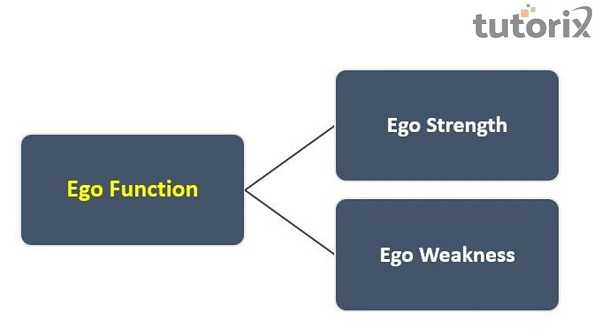 The defense mechanisms are not the same for everyone, and the defense mechanisms develop as we grow. Defense mechanisms develop the structure of personality. In order to understand how the personality develops, there needs to be an understanding of how the mechanisms work. Ego psychologists believe that if the development of the person is well, then the superego would be more flexible in responding to the needs of the Id, and there would be less pressure on the ego to comply with the demands of both the id and superego. This would allow the ego to consider a wider range of options to deal with anxiety-provoking situations.

There are many functions of the ego. They are as follows − 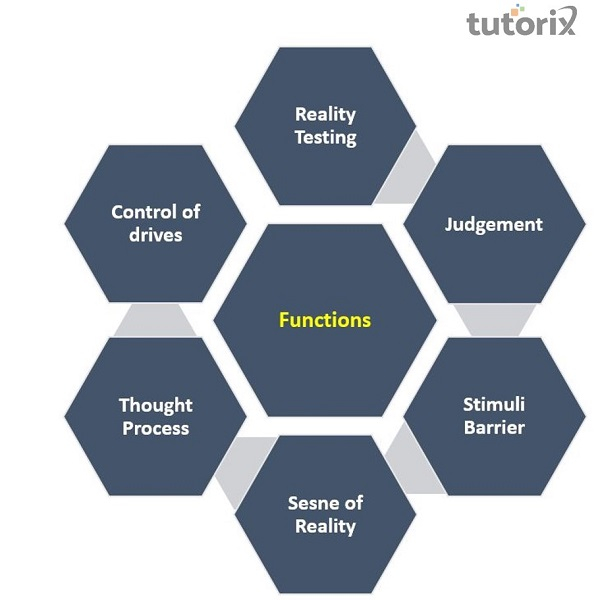 Freud devised the concept of Defense Mechanisms, which are used to protect oneself and are unconsciously or consciously used. However, the concept devised by Freud was unclear, and Anna expanded that concept. She gave ten commonly used defense mechanisms. These mechanisms help people to prevent anxiety caused by internal or external conflicts. Internal conflicts are caused by the conflict between Id, Ego, and Superego. It is driven by the Pleasure principle and works on primal instincts, whereas, on the other hand, Superego works according to societal expectations. The table lists down the Defense Mechanisms given by Anna Freud −

Anna Freud carried out the legacy of her father Sigmund Freud and expanded his psychoanalytic theories. She devoted her life to studying the human psyche and personality, began her journey as a school teacher, and was always interested in children. Her work focused on the psychoanalytic processes of children, and she wrote a book called "The Psychoanalytical Treatment of Children," in which she pointed out the differences between working as a psychoanalyst with children vs. working with adults. She emphasized the role of developmental processes in the child. She spent most of her life working for the children and understanding them and is a prominent female figure in the scope of psychoanalysis. She expanded on the concepts of defense mechanisms and how they helped deal with anxiety-provoking situations. She changed the focus of psychoanalysis from the Id to the Ego, which could be somehow observed through actions and behaviors.