Looking into life, it is no less than a spinning top as one with Attention Deficit/Hyperactivity Disorder (simply ADHD) twirls like a top, and when the top stops spinning, it again comes into a state of non-balance. Stating the top example implies the importance of focus and attention in life, which, if we look at the life of a person who can be a child or an adult, is difficult to maintain. Someone with ADHD finds it difficult to do daily routine tasks from sleeping to getting up and going to school or to work, and the body feels lethargic most of the time. It is normal for children to be loud and not behave within limits when they are supposed to, but if this occurs frequently and it starts interfering with their daily life activities, they may have ADHD. 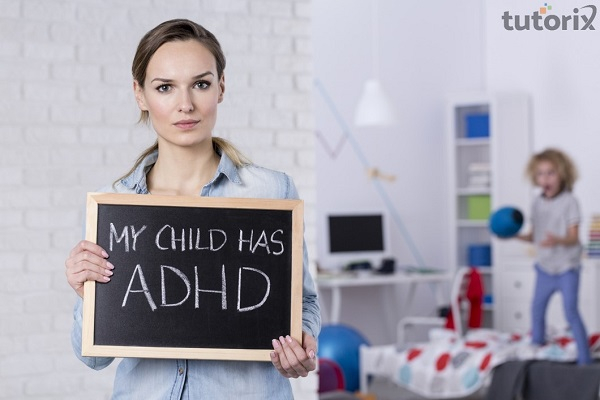 What is Attention Deficit/Hyperactivity Disorder (ADHD)?

According to Mayo Foundation for Medical Education and Research, Attentiondeficit/hyperactivity disorder (ADHD) is a chronic condition that includes a combination of persistent problems, such as difficulty sustaining attention, hyperactivity, and impulsive behavior. The symptoms of ADHD reduce with age but sometimes people can never fully outgrow their symptoms. They learn to live with them and develop coping strategies that have proved to be successful.

Every country has a different prevalence. For instance, the most recent frequency in Nigeria is 3.2%, whereas, in other African nations, including South Africa, the Democratic Republic of the Congo, and Ethiopia, it has been claimed that the prevalence ranges from 5.4% to 8.7%. Similar trends are seen in the reported prevalence from other continents. For instance, it has been estimated that the frequency of ADHD in Saudi Arabia's elementary schools is as low as 2.7%, whereas it is as high as 13% in Iran. While ADHD has been estimated to affect 4.8% of children in Germany, it affects roughly 6% of children in South America.

A child with ADHD may suffer from any of the following three types:

ADHD, impulsive/hyperactive type: This is the least prevalent ADHD type and is characterized by impulsive and energetic actions without the inability to pay attention or become distracted. The symptoms in the person include:

ADHD, inattentive and distractible type: Inattention and distractibility without hyperactivity are the main features of this kind of ADHD. The symptoms in a person may include:

ADHD, combined type: This is characterized by impulsivity, hyperactivity, inattentiveness, and distractibility and is the most common form of ADHD. Symptoms include:

Diagnosis of this disorder is a complex procedure and cannot be tested via a single test. The diagnosis involves the assessment of symptoms that the child has had for six months. The doctor may utilize checklists and rating scales to assess symptoms and information from teachers or family members. They will also do a physical examination to look for further health issues. After gathering these data, doctors identify ADHD, if it is evident that:

What Does Cause ADHD?

ADHD is a very common disorder. Still, researchers have not been able to find its proper cause. Most of them are considered genetic and can also have neurological origins. Some researchers suggest that this disorder is caused due to reduction in dopamine. Other research shows that ADHD can also be linked with less volume of grey matter in the brain, which is responsible for decision-making and self-control. Environmental factors can also play a major role in causing ADHD. They may include:

Treatments are based on the child's age and condition, medical history, medication tolerance, and symptoms' extent. The major treatment includes behavioral training, parental support, and medications. These treatments include: 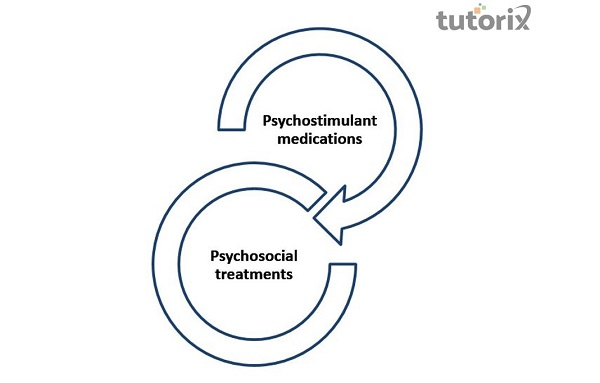 Psychostimulant medications - These medications act as the balancing mechanism to regulate the chemicals in the brain, causing impulsiveness and inattentiveness.

Psychosocial treatments - This includes behavioral training for parents with ADHD who have trouble dealing with their children. It includes parent-to-parent support and focuses on stress and anxiety caused while caring for ADHD children.

Untreated ADHD may have a negative influence on both children and adults, and it may have an impact on relationships, employment, and school. To decrease the consequences of the disease, treatment is crucial. Even yet, it is crucial to remember that many people with ADHD live happy, successful lives, and some people even recognize the condition's advantages. Many successful actors and celebrities have ADHD, have learned to cope fully, and are living their happiest lives.