Binge eating disorder is one of the most common eating disorders, which is separated from bulimia and anorexia nervosa and characterized as eating too much in a short time 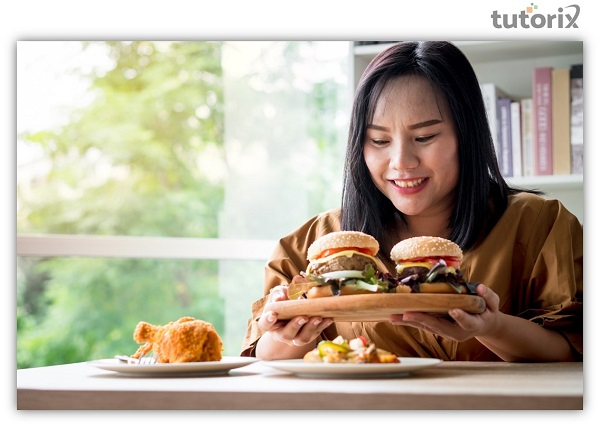 What is Binge Eating Disorder?

Before BED was introduced as a separate disorder in DSM-V, it was listed under the Eating Disorders Not Otherwise Specified (EDNOS) in DSM-IV as a provisional eating disorder. However, the description of BED can be traced back to 1959, when Stunkard described the symptoms of BED in obese men and women. He noted that these individuals had episodes of binge eating but not purging of food, as seen in the case of bulimia nervosa. This observation became the groundwork for BED. Between 2018 and 2020, the worldwide prevalence of BED was estimated to be 0.6–1.8% in adult women and 0.3–0.7% in adult men.

According to The Diagnostic and Statistical Manual of Mental Disorders, Fifth Edition, Text Revision (DSM-V-TR), BED is characterized by recurrent episodes of binge eating. These episodes are associated with eating rapidly and until feeling uncomfortably full. Consuming a large quantity of food even when not feeling physically hungry. Eating alone due to feelings of embarrassment and guilt, and depressed with oneself afterward. The consumption happens in a short time frame, usually within 2 hours, and the amount of food consumed is larger than what most people would eat in comparable circumstances. It is accompanied by a sense of lack of control over food intake. There is distress regarding binge eating. Episodes occur at least once a week for three months. Addressing the question mentioned earlier, as opposed to purging food and appropriate compensatory behavior as seen in bulimia nervosa, BED is not associated with these symptoms and does not occur exclusively during bulimia nervosa or anorexia nervosa. The severity of binge eating episodes is dependent on its frequency, based on which it is classified as mild (1-3 episodes/Week), moderate (4-7 episodes/week), severe (8-13 episodes/week), and extreme (14< episodes/week).

Most symptoms and features of BED are similar to bulimia nervosa. The major difference lies in the presence or absence of inappropriate compensatory behavior, purging food, and misuse of laxatives.

Individuals dealing with BED often go unnoticed and untreated and concurrently face considerable burdens, impairments in quality of life, and psychological well-being, including autonomy, self-acceptance, and environmental mastery. The significant psychiatric comorbidity associated with BED is comparable to that of anorexia nervosa and bulimia nervosa. Major depressive disorder and alcohol use disorder are the most common comorbid disorders associated with BED. Comorbidity is linked to the severity of binge eating rather than to the degree of obesity.

Studies have also found that 67.0% of BED patients had at least one more lifetime psychiatric disorder, and 37.0% had at least one concurrent disorder, with mood and anxiety disorders being the most frequent. Impulse control impairment is also found in people with BED. 22% report substance use/abuse, 5.7%-18.7% report gambling problems and 7.4%–18.5% report compulsive buying

A 2010 study compared binge eaters (20), obese (23), and normal weight people (20) with regards to their everyday emotions and the link between emotions, the desire to eat, and binge eating. The results concluded that individuals with BED had more negative patterns of everyday emotions. They also had a higher score on alexithymia, the inability to describe and recognize one's emotions, and the strongest desire to eat out of the three groups. Anger was identified as the emotion mostly preceding a binge episode. Regarding obesity and BED, individuals with both present a significantly higher level of general psychopathology than those without BED.

Certain factors act as common risk factors for both BED and obesity. Weight teasing by family and peers, perceived weight-related social pressure, frequent negative comments, or bullying are the most frequent vulnerability factors. Additionally, society's thin ideals contribute to body dissatisfaction, which may be a risk factor for BED and eating disorders

Family risk factors like an overreaction from family, having a family member with mood, anxiety, or substance use disorder, high parental demands or parental perfectionism, family discord, and parental separation are possible predictors associated with the onset of BED. The study has also highlighted parental criticism about shape, weight, and eating and high family expectations as risk factors for developing BED. Traumatic life events and adverse childhood events also increase the risk of BED. Stress-related to pregnancy and overvaluation of pregnancy-related weight gain have also been associated with BED

On an individual level, genetic, psychopathological, personality, and behavioral factors put individuals at risk of BED. Recent studies have found that BED is heritable, ranging from 41% to 57%. Gene studies have found that the genetic foundation of BED includes alternation in dopaminergic and opioidergic systems. The dopaminergic system is related to reward, and the opioidergic system is responsible for the food-related hedonic response. This contributes to impulsivity-compulsivity and reward-related processes. At present, there is still a lack of genetic studies on BED

Psychological features like lower self-esteem, negative self-evaluation and high body dissatisfaction may contribute to the development of BED. Studies have also highlighted that negative affect, perfectionism, lack of interoceptive awareness, and body dissatisfaction affect BED. Studies have also linked emotional regulation with BED. Personality traits like high levels of impulsiveness, sensation seeking, and lack of persistence have also been linked to BED. High neuroticism and impulsivity are significantly associated with a lifetime prevalence of BED. Among the behavioral risk factor, dieting is the most described one. Dieting can lead to calorie deprivation, in turn leading to overeating, eventually leading to increased weight

Binge Eating Disorder is still being explored, with new findings being reported. Initially, when it was listed under EDNOS in DSM-IV, many individuals went undiagnosed or misdiagnosed, hindering treatment. With BED's diagnostic.