Modern-day psychology is built upon the foundations of past psychologists. Carl Jung was one of the biggest contributors to psychology's theoretical space, specifically for personality. As the father of analytical psychology, this Swiss neo-psychoanalyst made great strides in various fields like psychology, anthropology, philosophy, literature, and more. His personality theory stands out from the rest because of its dependence on cultural and spiritual factors. 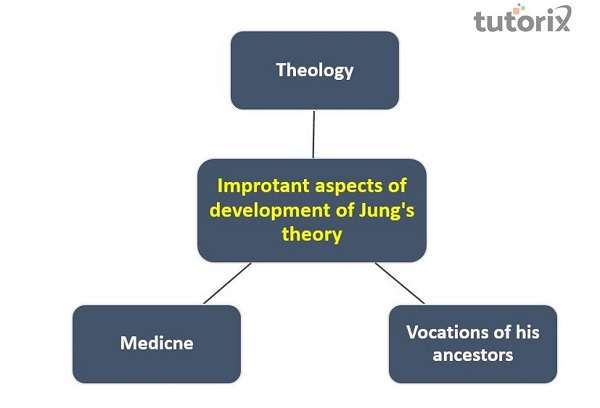 During childhood, he often had dreams, daydreams, and experiences that he did not share with anyone. Jung (1961) would seek refuge in his attic and make up ceremonies and rituals with secret pacts and miniature scrolls.

Philosophical Influences on His Theory

Carl Jung was influenced by Immanuel Kant's view of a priori universal forms of perception. This refers to the idea that individuals never perceive reality for what it is but have perceptual imperatives that affect what they believe they see. This concept was the precursor to Jung's concept of the collective unconscious. Carl Gustav Carus's idea that three levels of the unconscious, including a universal, significantly influenced Jung and Eduard von Hartmann also described a universal unconscious. Together, these concepts set the foundations of Jung's collective unconscious. Gottfried Leibniz wrote about the irrationality of the unconscious; Arthur Schopenhauer described irrational forces in individuals based on sexuality and how it has been repressed in behaviors. These philosophical influences are evident in Jung's theory of personality.

Jung had broad intellectual interests. The work of early cultural anthropologists inspired him, and his concept of archetypes was heavily influenced by the workings of Johann Bachofen, Adolf Bastian, and George Creuzer. These writers emphasized symbolism (like mythology, folktales, rites, symbols, etc.) in many cultures.

Development of the Jungian Concept of Complex

While developing the word association test with psychiatrist Franz Riklin, Jung discovered that people responded to certain words more quickly or slowly. He believed that these words carried special meaning for this person and thus led to the development of the concept of the complex. A complex is a group of emotionally charged words or ideas, and it represents unconscious memories that influence a person's life.

A Rocky Friendship- Freud and Jung

The rocky relationship between Sigmund Freud and Carl Jung played an enormous part in Jung's development of analytical psychology. Jung read Freud's Interpretations of Dreams and soon after gathered evidence for the validity of Freud's statements. A regular correspondence began between the two, with admiration high for one another. Freud had even decided that Jung would be his successor. Jung even became the first president of the International Psychoanalytical Association.

However, Jung always had reservations about Freud's psychoanalysis from its inception. He felt that Freud put too much emphasis on the sexual aspect. On their trip to Clark University in Massachusetts, they realized their differences. While analyzing each other's dreams, Jung found himself doing so in a way that Freud wanted, not the way he wanted to.

In 1911, he wrote Symbols of Transformation, in which he described the Oedipus complex not as sexual attraction to an other-sex parent and hostile or aggressive feelings toward the same-sex parent but as an expression of spiritual or psychological needs and bonds. This strained his relationship with Freud, ultimately leading to the end of their personal and business correspondence. This break was difficult for both Jung and Freud.

What Happened after Freud

During the six years after ending his relationship with Freud, Jung explored his unconscious. He frequently traveled, dedicating time to writing, teaching, and psychotherapy. To increase his knowledge of the unconscious, he met with people from primitive societies. During these visits, he would keep diaries of his discussions with people and their shamans. He was interested in alchemy, astrology, divination, telepathy, myths, symbols, folklore, etc. All of these interests are collective imagery that is connected to unconscious functioning. Jung would often express himself symbolically through painting and stonework. All the knowledge he amassed over his lifespan became a crucial foundation for his theories.

Differences Between Freud’s and Jung’s Theory 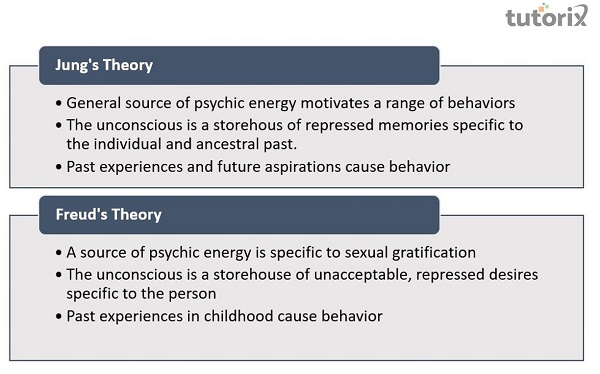 Jung worked productively until his death on June 6, 1961. He received several honorary degrees from Harvard and Oxford and many other honors and awards. Most of his work was published in 20 volumes by Princeton University. Jung's therapy and ideas continue to grow in popularity. His ideas are represented by many popular Jungian associations around the world. There are several Jungian training institutes in the United States and worldwide. More than 2,000 qualified Jungian analysts are members of the International Association for Analytical Psychology. Even after his death, Jung's legacy is being carried forward. This is simply a testament to his enormous impact!