Cerebral Palsy (CP) is a group of disorders associated with impaired movement and muscle coordination. It largely can be seen in children. Motor difficulties in children are most frequently caused by cerebral palsy. 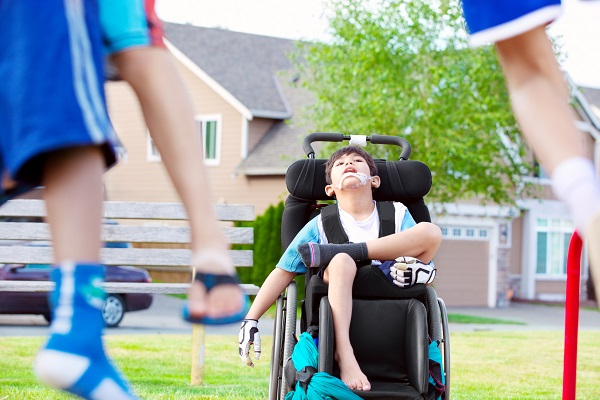 What is Cerebral Palsy (CP)?

The adjective “cerebral” denotes a connection to the brain and “palsy” is a medical term that means weakness or issues with movement. Motor difficulties in children are most frequently caused by cerebral palsy. It affects 1 to 4 out of every 1,000 kids worldwide, according to the Centers for Disease Control and Prevention (CDC). Although most cerebral palsy patients are affected from birth, others may not exhibit symptoms for months or even years. Typically, symptoms start to show up a few months after the birth.

Some children have a mix of the symptoms associated with various forms of cerebral palsy, referred to as mixed cerebral Palsy.

As a kid matures and refines their motor abilities, the condition's consequences may become more or less evident or restrictive. Additionally, they differ according to the region of the brain that was impacted. Some of the more prevalent signs include:

Cerebral Palsy can be brought on by abnormal brain development or damage to the developing brain. The area of the brain that regulates posture, coordination, and movement is often damaged in CP. This brain injury happens most often before birth, although it can also happen during delivery or the first few years of life. Asphyxia neonatorum, or a lack of oxygen to the brain during labor and delivery, head injuries, a fall, or child abuse, intracranial hemorrhage, or bleeding into the brain, brain infections like encephalitis and meningitis, infections acquired in the womb-like German measles (rubella), and herpes simplex, severe jaundice in the newborn, and gene mutations that cause abnormal brain development are other potential causes.

Certain predisposing factors increase newborns' risk of getting diagnosed with cerebral palsy. These include :

Following are some of the major ways of treatment :

Medications : Children with cerebral palsy may benefit from medications to manage symptoms including muscular spasms, uncontrolled limb movements, and seizures. The most often recommended drugs for cerebral palsy include baclofen, anticonvulsants, and botox.

Surgery : It can be used to assist people with CP regain function, reduce muscular stiffness, and restore flexibility when drugs are ineffective. It is crucial to remember that surgery has risks and may not be an effective treatment for all children with cerebral palsy.

Therapies : Treatments including medicine, surgery, and assistive technology are frequently coupled with therapy to increase the child's benefit. Doctors create a unique treatment plan after consulting with families to ascertain their child's medical objectives.

The brain damage in CP does not worsen with time because it is not a progressive condition, although the severity of the symptoms might increase. If a kid with the disease receives much attention, they may progress during that time, but orthopedic surgery may be necessary if their bones and muscles are more developed. Youngsters with Cerebral Palsy (CP) may not reach their full intellectual potential until they begin school. Despite having a normal IQ, people with CP are more likely to suffer learning difficulties. It is crucial not to undervalue a person with CP's talents and to offer them every chance to develop. However, regardless of how severe a person's physical handicap, that person's ability to live independently frequently rests largely on that person's ability to manage the practical reality of his or her life on their own.