Creative Power of the self: Alfred Adler PsychologyPersonality Psychology

Creative Power of the self: Alfred Adler

According to Adler, a person's "self," "I," or "soul" is equivalent to their creative capacity. It offers the singularity and self-consistency of progress toward an envisioned perfect completion, the imaginative redress for perceived insufficiency, and an unfolding of all possibilities toward wholeness.

Every person's personality develops via their creative potential. This capacity, which appears to be a combination of intelligence and imagination, is something that every one of us is born with, but in varying amounts and characteristics. The wide range of this ability is best described by Howard Gardner's theory of multiple intelligence, which includes verbal-linguistic, mathematical, spatial, musical, kinesthetic, interpersonal, and intrapersonal aspects. According to Adler, a person's "self," "I," or "soul" is equivalent to their creative capacity. It offers the singularity and self-consistency of progress toward an envisioned perfect completion, the imaginative redress for perceived insufficiency, and an unfolding of all possibilities toward wholeness. Individuals can focus their creative capacity in either a socially constructive or destructive way, resulting in either fruitful accomplishments or fruitless exploitation, conflict, and devastation.

This creative ability can be fostered in young children or almost destroyed by parents or teachers. Children's education and training involve more than just instructors passing down knowledge and skills to their charges. Even the best teachers or trainers may fail if children don't accept the instruction and don't use their imagination to integrate and apply what they have learned.

Before turning five, a person's lifestyle often develops on its own. This shows the creative potential of children, who, after a time of considerable exploration and trial and error, focus their expectations for the future on what they believe will bring them success, stability, and meaning. The structuring impact of a single overarching purpose is lacking in the mentally disabled youngster because he lacks the creative capacity to develop one. Positive and negative influences are utilized, disregarded, or creatively moulded to strengthen and justify a life orientation. This orientation is not based on any deterministic cause and effect dynamics, but rather on the freely chosen, imaginative interpretation of experience. The significance that a person assigns to life is what drives this orientation. 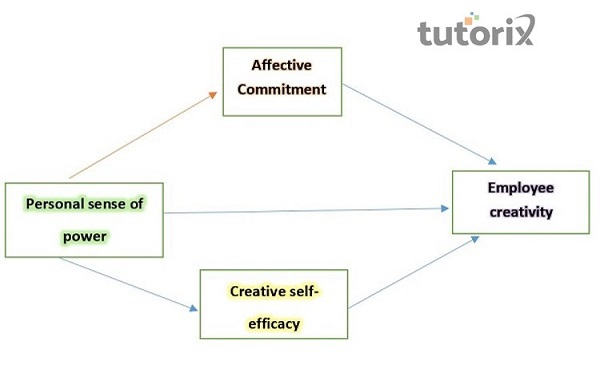 Each person's life comprises two potentially significant creative turning points. The first is the creation of a fictitious lifestyle and end aim in early infancy. A set law of movement may form, severely limiting the creative capacity for the remainder of that person's life and locking him into constrained, repeated patterns, depending on the degree of insecurity and goal rigidity. With the help of CADP, the original law of movement may finally be freed, opening the way for a second creative milestone. Penetrating awareness and encouragement can help an adult revive his latent creative ability many years after the original creative decision of a course in life and the ensuing constrained functioning. Then, a second creative decision or psychological "rebirth" is open to you, leading to the development of a whole new outlook on life and way of living.

It's vital to look at the depressing impacts of globalization as well as the crisis of values that are reflected in teenage aberrant conduct on the rise, a decline in morality, and an environment of conflict and disagreement in schools. Reorienting education toward core democratic ideals is necessary given the reality of modern society and the outlook for a global society. More and more writers advocate for values-based education, for the clarification and explanation of values in the classroom, and for the formation of a student-centred European conscience. Alfred Adler's views regarding the development of a sense of belonging, social equality, and a pro-social style of life are both useful and practical in creating the framework for democratic relationships in school communities. In a supportive setting, inferiority feelings as a "minus" scenario can be compensated on the "useful side of life," resulting in remarkable performances and the development of psychosocial competencies and personal importance.

According to Adler's holistic picture of community, the community feeling as a sense of solidarity forms itself as a widely evaluative attitude, directed toward life's issues, allowing the individual to behave fearlessly and effectively in a wide variety of life events and barriers. This nuanced sense of "for and with the community" serves as a barometer for the young people's degree of socialization, moral development, and psychological well-being. Social equality, as a fundamental principle of democratic coexistence, recognizes the "infinite worth" of human dignity and grants each individual the freedom of self-determination and respect. Students won't be able to cooperate effectively unless they can convince themselves that, despite apparent differences, they are not fundamentally different from others, sharing the same social value as equal humans who also share the same demands for belonging and self-respect. The cooperative democratic climate in schools, founded on mutual respect and shared responsibility, assumes the development of a pro-social lifestyle, encouraging functional interpersonal equivalence, community feeling in action, and a sense of personal freedom while respecting students' rights to make decisions that influence their own lives.

Individuals seldom notice and repair their own mistakes on their own, even though the repercussions can be severe for them and others. They may ingeniously explain their acts, intoxicate themselves with feelings and emotions, and assign blame to people or life. To live creatively, we must continually examine the consequences of our acts and, with a healthy dose of humility, adjust our goals and improve our conduct. This correction and improvement is a daily consideration, not a one-time decision. Is this the appropriate path for me? Is what I'm doing correct? Is this sufficient? Should I go the extra mile? Accessing actual knowledge about ourselves needs the continuous input of supportive, meaningful individuals. Of course, we may avoid gazing in the essential social mirror by surrounding ourselves with either flattering or disparaging friends who only serve to demonstrate or promote a concealed dream.

Children must use their creativity to integrate and apply what they have learned. Key issues to look into are the depressing effects of globalization and the values crisis seen in a rise in antisocial behaviour among young people. Alfred Adler's theories on how to cultivate a sense of belonging, social equality, and a pro-social way of life are insightful and useful in the context of democratic interactions in school communities. To live creatively, we must constantly evaluate the effects of our actions and, with a healthy dose of humility, adjust our goals. This improvement and correction is something we think about every day, not just once.