Crimes are a social evil, and their effect on society is huge. It leads to fear in the minds of the citizens. Why do people commit a crime is debatable and a topic that requires detailed analysis. Have you ever thought if a particular personality type could influence behavior in a way that leads to violent crimes? Or do you wonder what type of personality people with a criminal bent of mind have? Do criminals have a genetic predisposition that leads to such behavior? Much research has been conducted to understand the effect of personality on different types of behavior. The relationship between crime and personality has been a subject of interest for many researchers. This article aims to explore the relationship better. 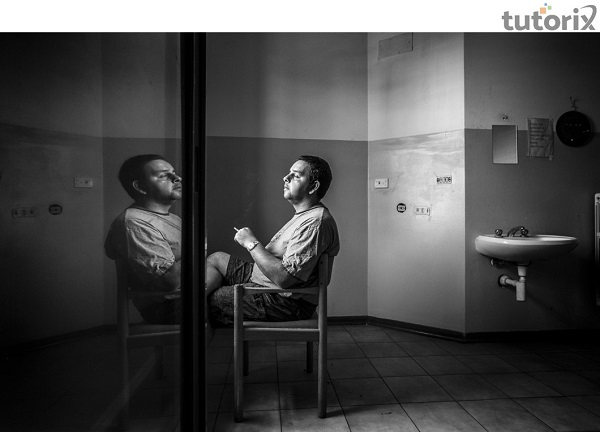 Personality can be defined as a set of traits that are unique to individuals and are relatively stable over a lifetime. These traits dominate a variety of behavior. Psychological explanations of criminal behavior are linked to the influences of psychology and society, and biological causes state that certain genetic predisposition is responsible for criminal behavior.

Eysenck's view of the causes of a crime combines biological and psychological explanations. It states that a person with criminal personality rates higher on measures of extraversion, neuroticism, and psychoticism. In addition to being uneasy, jittery, and overly anxious, they tend not to learn from their mistakes. Eysenck proposed that a genetic predisposition determines people's personality types.

However, there were fundamental issues in this theory. It ignores environmental and social influences, and it does not take into consideration cultural differences. Additionally, criminals can blame their genetic makeup for their criminal activities while completely walking away without taking responsibility for their actions. Most of the data used in Eysenck's theory of personality comes from self-report measures, which are prone to social desirability bias, lack of honesty and introspection, and lack of self-awareness. As a result, the theory is unreliable. It also raises questions about the criteria used to categorize offenders because alternative theories contend that more variables influence a person's personality. The below diagram explains Eysenck's theory of criminal personality. The unstable emotions, according to him, were indicators of traits of a criminal mind. 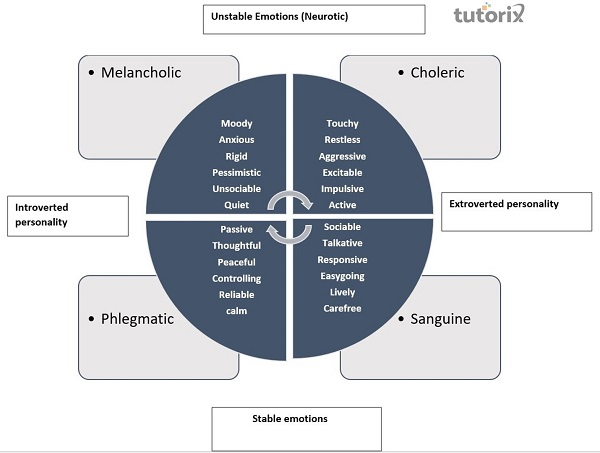 Through "personality-type psychology," personality theorists have connected personality to criminality by claiming that specific abnormal, deviant people have the psychopathic, sociopathic, or antisocial personality traits of a criminal. Absolute, egocentrism, callousness, and a lack of regret or empathy for others, along with charismatic, charming, and manipulative superficiality, are the defining interpersonal and affective traits of psychopaths.

Implications of linking crime with personality

Human behavior is always changing and is influenced by many different things. Age, race, gender, culture, environment, and socio-economic level are all significant elements that could motivate someone to engage in criminal activity. However, some researchers have found that personality traits are more crucial in predicting criminal conduct than socio-demographic and socio-economic factors. Methods such as longitudinal studies or self-reports have helped researchers establish a link between the two variables. The idea that personality traits could influence a person's decision to engage in a criminal action is not unrealistic, given how personality traits can influence one's health and happiness and even predispose one to sickness. Criminal behavior and personality have a complicated link and cannot be ignored.

This link helps identify antisocial traits early in childhood, and measures can be taken to correct them. Additionally, certain risk factors, such as hyperactivity, impulsivity, low self-esteem, negative emotions, etc., can be identified in childhood, and prevention methods can be used. However, it is important not to ignore other factors such as environment, cultural differences, class, gender, etc. These factors play an active role in propelling antisocial tendencies. Additionally, other factors such as a tragic event, poverty, war, or natural calamity can lead to individuals engaging in antisocial activities. If there is excessive reliance on the link between personality and crime, it can lead to prejudice and discrimination. Additionally, policy implications of this connection raise concerns about unfair policies aimed at eradicating people having personality traits that can lead to criminal behavior. This means that policymakers may focus on giving unfair drug treatments, shock therapy, or restrictive practices to anyone with the slightest antisocial behavior.

Additionally, there are concerns about labeling and stereotyping people with traits that lead to criminal behavior. Certain organizations could use these labels as tools to actively reject certain types of people without assessing them for the role. Additionally, on the other hand, these labels would be used by criminals to expect some amount of leniency. Furthermore, personality theorists have come under fire for ignoring the surroundings that lead to dysfunctional behavior instead of focusing only on dysfunctional individuals. This can give the government leeway, and they can easily skip their responsibilities for providing equal opportunities to all.

Personality influences behavior to a large extent. The increasing number of crimes and the nature of these crimes force people to think, 'what makes criminals do such a negative and ruthless act?'. Researchers have tried to establish a link between personality factors and criminal behavior to answer these questions. Much research in this aspect attempts to find if any links exist. While there has been supporting and contradicting evidence in this case, research on such correlation helps establish preventive methods. However, this should not allow policymakers and people in power to escape responsibilities. They have an important role in improving the country's socio-economic situation, which helps reduce criminal activities.