Sigmund Freud believed that unconscious and repressed memories caused the actions and behaviors, and also, the behavior was guided by sex and aggression. As time progressed, the focus shifted from sex to other driving forces. Neo-Freudians were the psychologists who believed in Freud's theories and extended them but minimized the importance of sex in human behavior. Neo-Freudians put more emphasis on social and cultural factors than biological factors. They believed that interpersonal relationships influenced behavior, formed personality, and modulated it. They accepted Freud's hypothesis of childhood trauma influencing an adult's behavior but did not agree that ID was an intrinsic and biological force; rather, they believed that it was also influenced by society. They rejected the idea that id and ego always conflicted but believed that if the person was healthy, then id, ego, and superego were harmoniously living and working together. The major Neo-Freudians were Erik Erikson, Karen Horney, Carl Jung, and Alfred Adler.

Jung was immensely impressed by Freud's theories and was chosen by Freud as his academic heir, but after some time, there were differences between Jung and Freud in their theories. Jung later established another school of thought, Analytical Psychology. He explained personality structure in the same fashion as Freud but had different theories. He classified personality into three categories: conscious ego, personal unconscious, and collective unconscious. 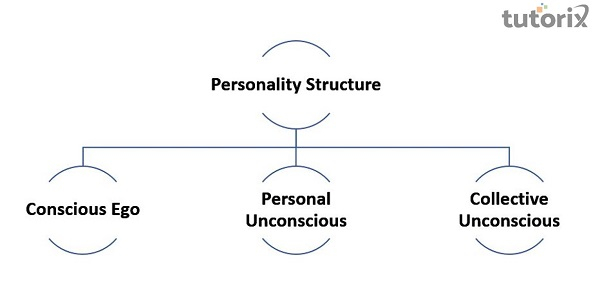 Alfred Adler studied medicine and was a psychiatrist who later shifted toward the psychodynamic approach. He theorized that everyone had a motive to overcome the inferiority complex. Inferiority refers to feeling inadequate because of any physical disability or disability stemming from psychological deficiency. He developed the field of individual psychology.

He proposed the theory of Aggression Drive, stating that behavior is driven by two forces: sex and aggression. They may manifest themselves directly, as in violence and cruelty, but they may also manifest themselves inwardly in submission, masochism, and humility. He also proposed the theory of masculine protest and hypothesized that a child feels powerless and weak and realizes that he needs to assert dominance and power to gain power. He related masculinity to being powerful and femininity to being weak.

She also provided strategies for dealing with anxiety. She hypothesized that the anxiety is due to the difference between the "real self" and the "ideal self." The child thinks the real self is unworthy and unloved, which causes anxiety. To cope with this uneasy feeling, the child develops the concept of the "ideal self," which is the opposite of the real self and deserves love. 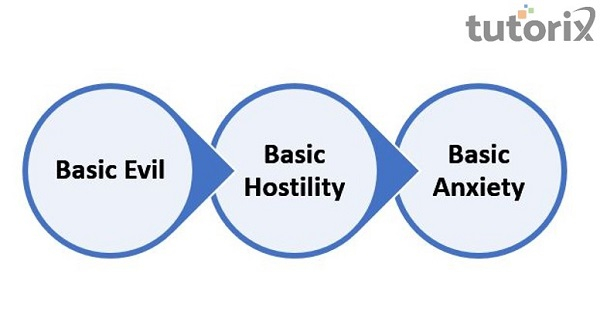 Erik Erikson was a psychoanalyst and agreed with Freud's theory of the structure of personality. However, Erikson emphasized the ego more than the id and superego. He believed that the ego could maintain harmony between the id and superego and adapt purposefully. He gave the psychosocial development of the ego according to age, which is widely accepted. 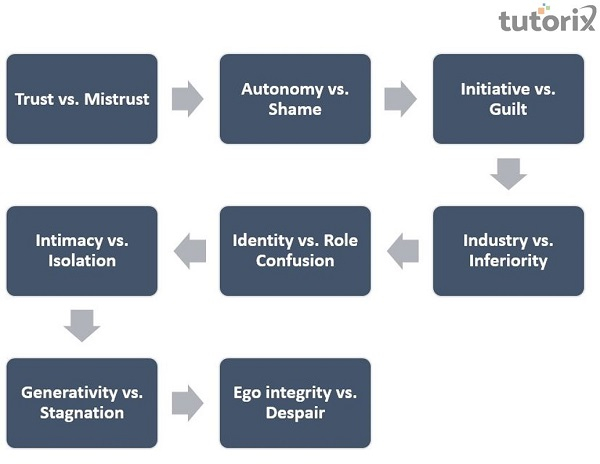 The following table explains stages along with their characteristics −

Neo-Freudians expanded Freudian theory but shifted the focus from sex and aggression to how relationships, society, and other individual factors influence personality development. Every Neo Freudian explained how a personality develops, which was accepted and criticized as well. They were criticized for being too philosophical. Erikson's psychosocial development was highly accepted as it gave the development of the ego a time limit until death and did not stop at adulthood. Karen Horney's Womb Envy was a major contributor to feminist psychology. Carl Jung is considered to be Freud's academic successor, but he established another school of thought, Analytical Psychology. However, Neo-Freudians are an important part of comprehending the depth of psychodynamics.