Because of some biological, psychological, or socio-environmental factors, some females, though sexually active, but does not feel sexual drive or not be able to arouse during sexual activity. To define this problem, doctors may use the term FSIAD, which stands for female sexual interest/arousal disorder 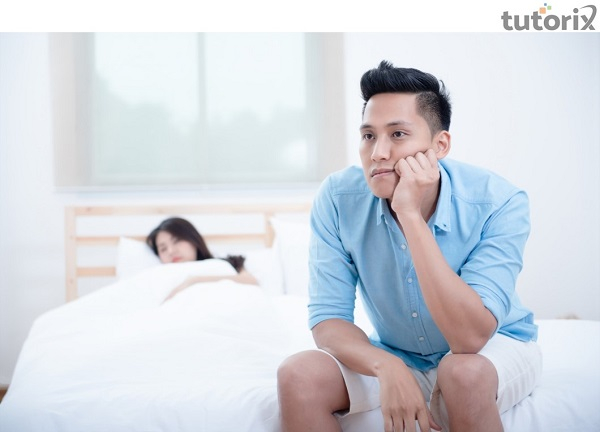 FSIAD is a condition presently diagnosed underneath sexual dysfunction. Be that as it may, FSIAD is likely to occur when the body does not respond to sexual stimulation. According to new guidelines articulated in DSM-5, female sexual interest/arousal disorder is a common sexual dysfunction when a female is not aroused during sexual activity. Low sexual arousal in women was formerly and somewhat pejoratively known as frigidity (an inability to attain orgasm during sexual activity). One frequently requested question is who gets FSIAD? First, women with FSIAD are known to show lower tactile sensitivity, i.e., their sense of touch is not heightened as it must be during sexual activity. Secondly, older women are likely to be affected more by this disorder

Women with FSIAD may not participate in persistent signs and symptoms, and these symptoms usually come and go. Periodically, they may experience some symptoms, sometimes indicating zero symptoms. As per DSM-V criteria, there are six typical symptoms of FSIAD

Factors that may direct female sexual interest/arousal disorder depend on various aspects. They may include biological and psychological.

Being sure of FSIAD, treatment can differ from woman to woman. Few are instructed to opt for therapy, others have been prescribed medicines, and some go for therapy and medication depending on the cause of the underlying disorder. A German study showed that estrogen levels could be increased in women with FSIAD by using oral contraceptives. In addition, sustained use of bupropion, an atypical antidepressant, can improve sexual arousal and frequency of experiencing orgasm in women. Another drug approved by the food and drug administration in August 2015 was flibanserin, which helps to increase the levels of sexual arousal

Apart from medications, there are several psychotherapies to cure the underlying disorder. A therapist focuses on education, communication training, cognitive restructuring dysfunctional beliefs about sexuality, and sexual fantasy training. Addressing couples to focus on pleasurable sensations brought about by touching without the goal of actually possessing intercourse can help their sexual connection grow, and a sense of comfort can be established. A sex therapist can guide in finding able pleasure sensation in a particular part of the body, and they can also assign homework to enhance the quality of fantasy practice.

Female sexual interest/arousal disorder can occur in women at some point in life, causing low arousal levels in sexual activity, where the symptoms are not persistent and depend from woman to woman. While it is frustrating not to experience pleasurable sensations, one can seek treatment as this disorder can be cured with medications and psychotherapies, depending upon the severity of the issue.