Almost everybody is aware of the word 'anxiety.' It is everywhere around us. In movies, songs, books, day-to-day situations, and relationships. Have you felt 'anxiety'? The word and its depiction are everywhere.

Nevertheless, how much of it is true? Misrepresentation of anxiety is not uncommon. In today's world, there are multiple social media platforms with the sole purpose of posting 'sad' and 'relatable' mental health content; you might be following one too. You see such content, and you surely find it applicable to yourself. Nevertheless, does it fit the medical definitions? That can be debatable. For medical purposes, the definition of anxiety does not stop at nail-biting and shaking legs. 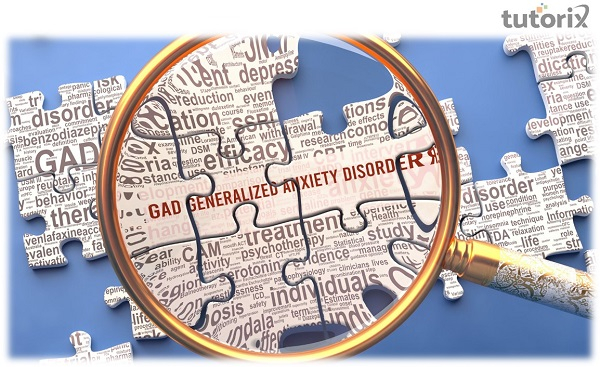 What is Anxiety Disorder?

Anxiety disorder is an umbrella term including disorders sharing common features of "excessive fear and anxiety and related behavioral disturbances." Here, fear is understood as an emotional response to any real or perceived impending threat, whereas anxiety is more future-oriented, that is, aimed toward future threats. These two overlap, but they also differ. This difference majorly lies in how an individual responds to the two; Fear evokes surges of autonomic arousal required for flight or fight for immediate danger, whereas anxiety is associated with muscular tension and vigilance for future danger.

The Diagnostic and Statistical Manual of Mental Disorders, Fifth Edition, Text Revision (DSM-V-TR) published by the American Psychiatric Association and used for diagnosis and treatment of psychological disorders, sub-divides anxiety disorders into:

As evident from the list, anxiety is much more than people believe it to be. Discussing them all would be lengthy work, so for now, let us start with Generalized Anxiety Disorder - GAD.

What is Generalized Anxiety Disorder?

According to a study conducted in 12 states of India between 2014-2016, with 34,802 adults, 0.57% reported to have GAD; That is almost 200 people per 34,800 people. This might sound like a small number, but the final numbers would be scary in a country like India, with a population of about 138 crores. This is enough to show how important it is to study and understand about GAD but how many people know - what it is? According to American Psychological Association Dictionary, it is "excessive anxiety and worry about a range of concerns," Its symptoms include "restlessness, fatigue, impaired concentration, irritability, muscle tension, and disturbed sleep." For a formal diagnosis, the difficulty in controlling worry and other symptoms should be present for at least six months or more. Another factor to look for is the presence of other disorders with GAD. GAD often co-occurs with other disorders, especially mood disorders, depression, or other anxiety disorders.

Individuals with GAD worries cover a wide area - school, work, relationships with friends and family, social interaction, assigned tasks, and world events, among other things. It is important to differentiate between GAD and normal day-to-day worry. For one, GAD is associated with excessive worry that is difficult to control and interferes with an individual's psycho-social functioning, whereas day-to-day is seen as more manageable and is not as excessive. Second, worry associated with GAD lasts longer and is more omnipresent, distressing, and distinct. Further, they occur quite frequently without any trigger. Lastly, day-to-day worries are usually accompanied by some physical symptoms like restlessness or fatigue; but with GAD, individuals report subjective distress due to constant worry about various aspects of life.

A comprehensive study has been concluded that women are affected by GAD. Women go through various periods of physical, psychological, and hormonal changes throughout their lifespan. From pre-puberty, puberty, premenstrual, pregnancy or postpartum (for some), and the menopausal transition, they experience much change. Studies suggest that for women, anxiety worsens at times of hormonal fluctuation. Studies have reported that pre-puberty males are more prone to anxiety, but with the onset of puberty, the situation reverses; adolescent females are more affected by anxiety disorders. Even menstruating women are affected by anxiety, with 5%-8% suffering from premenstrual dysphoric disorder (PMDD), a mood disorder with a strong anxiety symptom component, as reposted by a study.

Further, women suffering from anxiety may also face premenstrual exacerbation, which worsens the effects of pre-existing disorders like anxiety and depression. As reported by some studies, anxiety during pregnancy can have behavioral and mental effects on the child. Transaction into the menopausal phase of life also pushes women towards anxiety as they go through various physical and hormonal changes. Studies suggest that, across the lifespan, GAD is more prevalent in women than men.

GAD is not some out-of-this-world disorder, and it might be more prevalent than most think. Our understanding of treatment and diagnosis of GAD is majorly built on a western understanding. According to few studies that conducted, somatic symptoms are more prevalent in individuals dealing with GAD in Asian cultures as opposed to psychological symptoms present in individuals from western cultures. The same is true for India. Most screening and diagnostic manuals, including DSM, do not consider this. By western screening standards, there is a possibility of misdiagnosis or even overlooking of GAD in India.