In our day-to-day conversations, we analyze individuals as very intelligent or possess more or less intelligence. Our comments are based on observing the performance or behavior of the individual concerned, preferably compared with others in his or her group. According to common understanding, intelligence refers to mental capacities that facilitate one to reason critically, acquire new information quickly, behave purposefully, and interact with one's surroundings.

Human intelligence is the intellectual capability of an individual, which is manifested by complex cognitive achievements and varying levels of motivation as per the given situation and self-awareness. Usually. the degree of intelligence decides the work efficiency of a person.

Many Psychologists tried to define human intelligence in different ways; so, here we will discuss some of the important definitions:

"Intelligence is a general capacity of an individual consciously to adjust his thinking to new requirements. It is general mental adaptability to new problems and conditions of life."

"Intelligence is the aggregate or global capacity of the individual to act purposefully, think rationally, and deal effectively with his environment."

"Intelligence means intellect put to use. It is the use of intellectual abilities for handling a situation or accomplishing any task."

Through different scholars defined in different ways, but common points among them are:

All of these can be used to form a comprehensive definition of intelligence. Intelligence may be viewed as a kind of mental energy (in the form of mental or cognitive talents) accessible to a person and facilitates him to manage his environment in terms of adaptability and address unexpected situations as successfully as possible.

Researches have shown the following characteristics of human intelligence:

There are two approaches to study the intelligence theories: 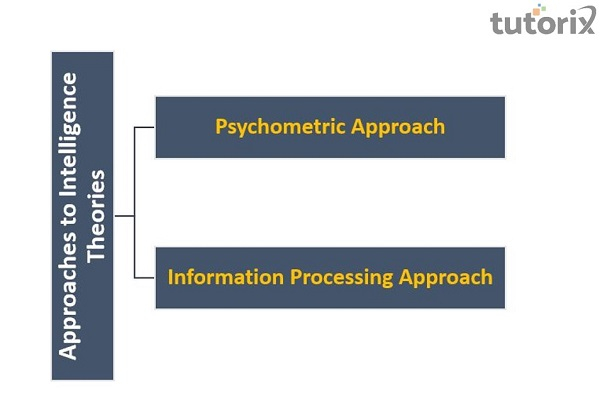 Information Processing Approach This approach describes people's intellectual reasoning and problem-solving process. The concept is based on the presumption that people process the information they are presented with rather than just reacting to stimuli.

Intelligence can be explained from various theoretical point of views. Significant of them are explained here: 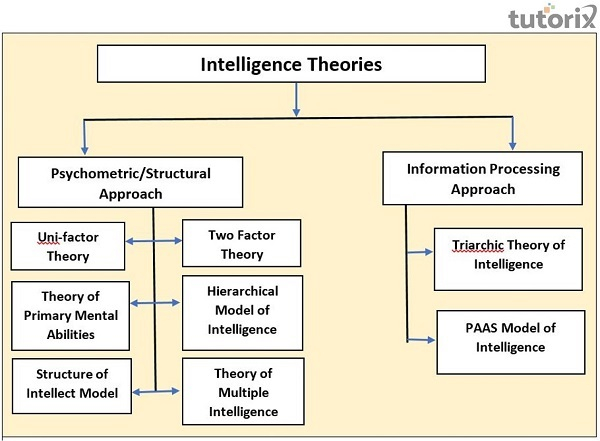