Psychologists use personality to describe a characteristic pattern of thoughts, emotions, and actions. It is the persistent and unique way our thoughts, feelings, and behaviors are structured. It refers to psychological distinctions between people rather than physical or biological differences (e.g., height). It does not comprise many talents or abilities; it is about what individuals normally like, not what they are capable of doing at their best. For example, just because someone is a good negotiator does not imply that it is a part of his or her personality. Personality stability is commonly characterized as "rank-order consistency," which indicates that people's rating on a personality feature remains consistent from one setting to the next. For example, is the most outgoing individual around her classmates also the most extroverted during football practice, with her relatives, and at a school function?

Following are significant approaches to the personality: 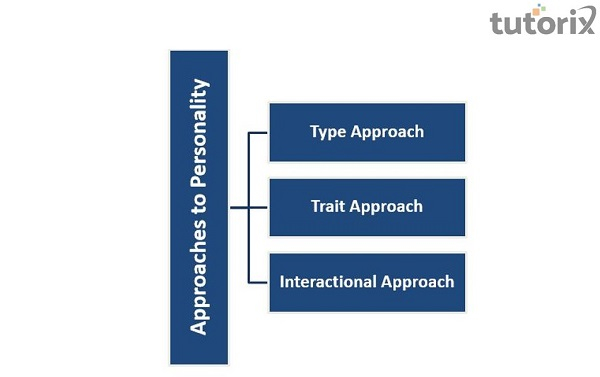 The Type Approach tries to understand human personality by looking at broad patterns in observed behavioral traits of individuals. Each behavioral pattern refers to a certain type into which individuals are classified; and, it is based on the resemblance of their behavioral features to that pattern. On the contrary, the trait approach focuses on the specific psychological characteristics that distinguish individuals in consistent and stable ways. For example, one individual may be less outgoing, while another is more; or one person may be less sociable, while another is more. According to the interactional approach, situational circumstances have a significant role in influencing human behavior. People may act reliant or independent not because of an inherent personality attribute but because of extrinsic rewards or dangers accessible in a given situation.

As the "third force" in psychology, humanism is promoted as a reaction to both psychoanalysis's pessimistic determinism; and, it emphasizes on psychological disturbance, and behaviorists,' in respect of humans passively reacting to their environment, which has been criticized for portraying people as robots with no ability to affect their environment. Human potential and distinctively human features such as self-awareness and free will are highlighted in the humanistic perspective of personality. This viewpoint focuses on how healthy individuals grow. 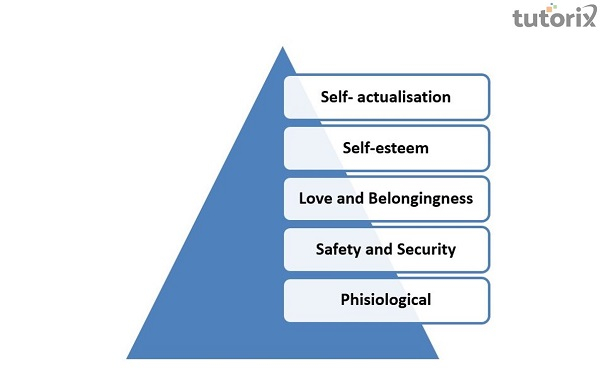 Abraham Maslow, a pioneering humanist, researched personality and he thought to be healthy, creative, and industrious, such as Albert Einstein and Abraham Lincoln. He discovered that such people have qualities in common, such as being open, creative, loving, spontaneous, compassionate, caring about others, and accepting of themselves. He introduced the concept of self-actualized individuals, postulating a hierarchy of needs for the human motivations. These needs are classified according to their importance, from physiological to self-actualization. According to Maslow, self-actualized persons have realistic perceptions, and they are spontaneous, readily accept themselves and others. They are creative, and enjoy and value positive parts of life such as privacy and freedom.

According to Carl Rogers, another humanistic theorist, key concepts about personality concern self-concept, our beliefs, and feelings about ourselves. He classified the self into the ideal self and the real self. The ideal self is someone who aspires to be; the real self is who they are. Rogers emphasized the need to achieve consistency between these two personas.

Congruence arises when our perceptions of our real and ideal selves are extremely similar—that is, when our self-concept is accurate—high congruence results in a greater sense of self-worth and a more satisfying life. When a person's experience matches his/her self-concept, he/she becomes psychologically healthy and completely productive.

The humanistic approach disregards other considerations like incentives, biological variables, and situational factors. It is considered too optimistic and struggles to account for destructive behavior, and humanistic assertions, conceptions, and motivations are too ambiguous to evaluate. The humanistic approach, often known as the third force, focuses on human potential and traits such as self-awareness and free choice. It considers humans inherently good, and the conscious and subjective experience of self is highly valued.