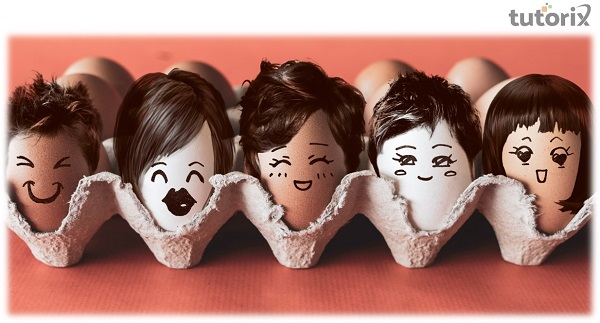 Individual differences, according to Drever James, are any changes or deviations from the group's average that each group member has in terms of their mental or physical characteristics. Plato claims that no two persons are born alike, but one differs from the other in natural endowments, the one fitted for one activity and the other for another.

Understanding other people's ideas is a significant development that allows youngsters to adjust in their social environments. Psychologists highlight the nature vs. nurture argument to understand this better. This argument is about whether variations in human behaviors are caused by nature or nurture.

Nature: It refers to the genetic factors inherited from our parents and other relatives, such as height, skin color, eyes’ color, nose shape, etc.

Nurture: It refers to all those environmental factors that influence us, such as the nurturing process, family socioeconomic conditions, social factor, and cultural factors.

One of the oldest and unsolved controversies is the relative relevance of genetic vs. environmental influences. Nativists are those who hold the view that our genetic makeup only influences our behavior. People who hold this opinion believe that "variations in genetic makeup cause human behavior variations." Environmentalists and empiricists are supporters of the opposing side of this argument. They contend that past experiences or current environmental circumstances influence individual behaviors. John Locke compared the human mind with a tabula rasa—a blank page that fills over time as our life experiences are gained. Nevertheless, current thinking on this issue, does not arrive on any decision.

Intelligence is the ability to acquire and learn something and then apply that at a right place on a right time. Binet and Simon were the one who attempted to define intelligence as early in 1905. They described it as the "ability to appraise well, to understand well, and to reason effectively." The noticeable definition of intelligence was given by Wechsler. According to him "the aggregate or global capacity of the individual to behave purposefully, to think rationally, and to successfully interact with the environment." Over period in time, this definition accepted and frequently used by most of the scholars and researchers working in this field. According to Gardner, intelligence is "the capacity or capability to deal with issues or produce things valued within one or more cultural settings." He used the phrase "Multiple Intelligences."

An individual's capacity to learn a certain skill or information after receiving training is indicated by a mix of traits known as their aptitude. These abilities can be enhanced with the right training. In other words, even with adequate training, a person would not be a good musician, if he/she lack the unique skills necessary to become a musician, such as the ability to distinguish between pitch, tone, rhythm, and other characteristics of musical sensitivity. There are clear distinctions between achievement, aptitude, and intellect. A person's capacity to perform a specific task at a specific moment is related to intelligence. On the other hand, aptitude describes a person's perspective capacity to carry out a task, which typically requires different sets of skills. Performance at any particular moment constitutes achievement. Achievement refers to the performance of an individual at any given time in a subject (like mathematics), which has been given to him.

Personality is sum of behaviors that a human being reflect in a given period of time. Many psychologists attempted to define personality; however, among all, Allport's definition is widely used. According to him "personality is the dynamic arrangement within the person of those psychophysical processes that define his particular adaption to his environment." Different schools of psychologists attempted to understand personality with different approaches and each of these viewpoints explains specific facets of personality; a few of them are:

The view that emotions convey information about relationships, suggests that emotions and intelligence can work hand in hand. Emotions reflect the relationships between a person and a friend, a family, a situation, or a reflection or memory. Emotional intelligence refers partly to an ability to recognize the meanings of such emotional patterns and reason based on them. Emotional intelligence (EI) predicts outcomes in specific domains of social interaction.

There is no single cause for individual differences, but researchers have identified some basic reasons for individuals to behave differently.

Likewise, there is no concluding remark, which can confirm the specified reasons of existence of individual differences in different human beings. There are certain number of factors that simultaneously affect or influence. In addition to this, given circumstance is also a major factor that influence same person to behave differently in similar situation and behave similarly in different situations.