Many children suffer from communication difficulties in the early stages of their lives, and most of them pick it up as they grow up. It becomes problematic when the issues are there for a long time, leading to speech and language disorders at later stages. A child may have a language disorder if he or she has trouble communicating his or her meaning by speaking, writing, or even gesticulating. 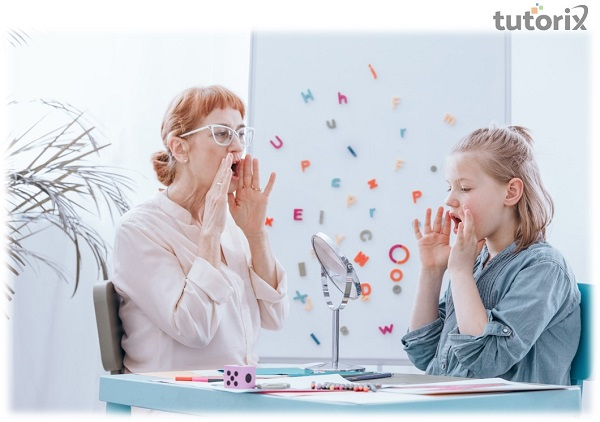 What is Language Disorder?

According to Rohini Radhakrishnan, Head and Neck Surgeon, a language disorder is a communication disorder that affects how a child comprehends or uses language. This differs from a speech disorder, affecting how a child produces sound. Children with speech disabilities often use short or simple sentences, confusing word order, and say "hmm" a lot. These challenges can cause problems at home, at school, and other children. Language disorder, also called receptive-expressive language disorder, is very common in young children. The problem affects a child's competence in all forms of communication and impacts his or her performance at home, school, and social settings. Language disorders affect the child's ability to learn all languages. Some children are articulate and can speak clearly, but have language defects. The difficulty in expressing to others is called expressive language disorder. Challenges in understanding other people's speech are called receptive language disorders. Children may have problems with both. This is called Mixed Receptive Expressive Language Disorder.

In extensive epidemiological studies conducted in Canada and the US, Beitchman etal. (1986) and Tomblin et al. (1997) found rates of language disorder among kindergarten-aged children (5–6 years) to 12.6% and 7.4%, respectively. 3. Yearold children had a frequency of 7.6%, according to the Dunedin research conducted in New Zealand (Silva, 1980).

There are 3 types of language disorders:

Receptive Language Disorder - It becomes difficult for children to understand sentences and words, and they may suffer from insufficient attention to speech.

Expressive Language Disorder - The sentence-forming ability is disrupted in children. The usage of words and vocabulary also becomes an issue leaving small words.

Mixed receptive-expressive language disorder - The disorder involves the inability of children to understand what others say and be understood by others.

This is a common disorder found in children. About 1 out of 20 children show at least one sign of language disorder as they grow older. The receptive disorder has the following symptoms:

The exact causes of the disorder are unknown, but in most cases, it is caused by an injury or health problem. Some of the common causes are: 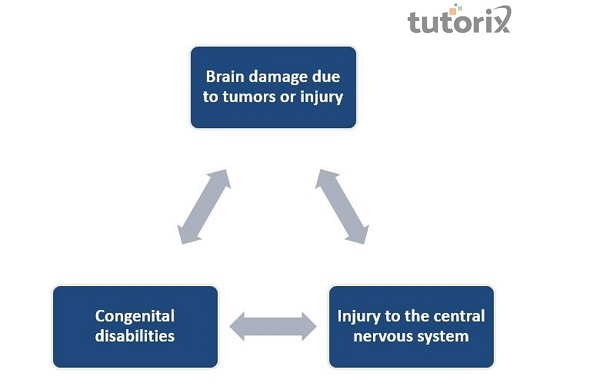 One of the conditions called Aphasia is linked to this disorder. It can be caused by severe head injury, stroke, or brain infections. The chances of language disorders increase in a person suffering from Aphasia.

When to Be Concerned?

A child may have a disorder when some common symptoms are noticed.

Some tests based on speech can be conducted by a therapist or a trained professional to diagnose language disorders. The diagnosis is successful when a child is unable to understand and converse properly as children of the same age and struggle a lot with:

A speech-language pathologist or neuropsychologist is a trained professional who evaluates the child's ability to comprehend language and words. They conduct specialized tests to evaluate the child to test how he listens, reacts, follows guidelines, and understands names. The child must have an impairment in using language to converse to be diagnosed with the disorder.

Language disorder can be treated in the following ways. 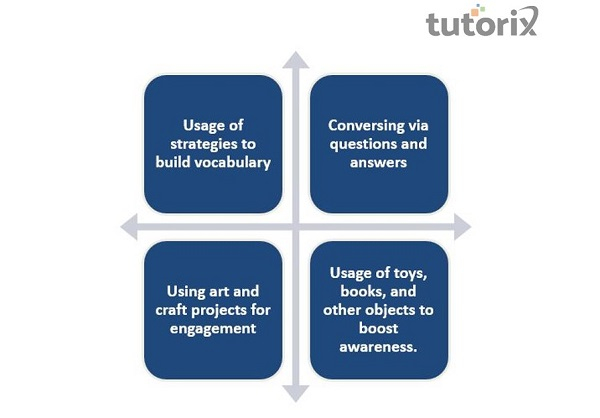 Counseling and cognitive behavior therapy:Emotional and behavioral problems can be treated by CBT.

Home Care: Guardians and parents can play an important role in helping treat language disorders by narrating stories, using soft and easy-to-speak words, having a relaxed atmosphere, and listening patiently when the child speaks.

Parents play a major role in the child's development in the early years of life. Children with language disorders require a lot of patience and love because they can suffer from low self-esteem and anxiety. Listening to the child speaks and conversing back and forth helps a lot. Giving the child ample opportunities to talk and communicate enhances their speech. Music and songs can also play an important part. Parents can recite poems to the child and ask them to sing a verse. Songs and poems also improve memory and understanding of vocabulary, along with having a fun time with the kid. Sometimes language disorders can put a mental toll on the parents as well. Therapy is essential in those cases and helps navigate emotional and behavioral issues.