Personality disorders are considered the most dreaded aspect of the human experience. This condition makes an individual's life full of misery and a difficult event for those around them. Every individual has taken control and worked towards the perfect outcome at some point in life. They may have been obsessed with the task and wondered what might happen if the deadline was not reached. It is a common phenomenon that motivates individuals to walk towards their goals. When this obsession with perfectionism and intense feeling for things to be in order cause distress or impairment either in the person's life or other lives around them, the individual is said to be suffering from an obsessive-compulsive personality disorder.

What is an obsessive-compulsive personality disorder (OCPD)?

OCPD is characterized by extreme indulgence in maintaining rules, listing, orderliness, perfectionism, control, and staying in charge of the tiniest details of their life at the expense of openness to experience.

Individuals with OCPD possess personality trait that demands a need for perfectionism in every aspect of their being. They hold high standards from dysfunctional beliefs that may have been established in their early adolescence. Variation to these rigid beliefs causes cognitive dissonance and distress in individuals with this disorder. They even try to push these beliefs onto others, creating impairments in their social life and using combinations such as 'black or white and nothing in between display their dichotomous thinking, which is deeply imprinted in their cognition and holds resistance to acknowledging any other alternative way of thinking.

People with OCPD appear confident, organized, and high achieving, but in reality, these traits that are overly expressed cause impairment, dysfunction, and comorbidities. An individual with OCPD dedicates their full attention and control to a task at work which results in neglected leisure activities and relationships. They even postpone vacations and may not want to waste their time. Specific hobbies and recreation activities are considered an important task to them, only when it requires organization and hard work to master the need for perfectionism.

The key difference between OCPD and OCD is the intensity in which the obsession and compulsions are expressed. Individuals with OCPD exhibit behavior that might not express the repetitive performance of their obsessive thoughts or impulses. In contrast, people with OCD are typically aware of their intrusive thoughts and behaviors and understand their obsessions and compulsions are not helpful and our extreme. This differs in those living with obsessive-compulsive personality disorder as they believe that all individuals should act and live according to the standards they have set for themselves and consider this standard of living as a normal criterion to work in life.

OCD disrupts all facets of an individual's life by generating challenges in social life, work life, home, or relationships. The repetitive acts are common in an individual with OCD and can be challenging for others to tolerate, accept, eat and live with. OCPD demands so much control in interpersonal interaction and relationships that the other individual sense disappointment and ends up feeling like they have been controlled and manipulated, resulting in them being frustrated, confused, hurt, and full of rage.

Symptoms of obsessive-compulsive personality disorder include 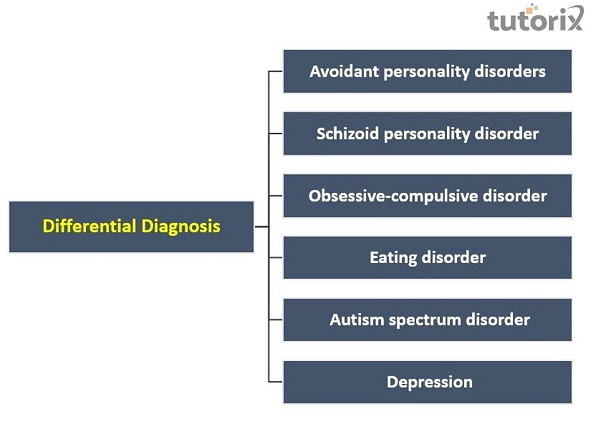 The cause of OCPD is yet to be known, and researchers believe that genetic composition and childhood experience are the major contributors to its development. Case studies show that in therapy, adults who recorded their OCPD experience from an early age, including their need to be perfect and obedient children adhering to all the rules, were seen to carry these traits and obsessions into adulthood and develop OCPD. Risk factors in OCPD range between 2-7% of the population, according to the journal of personality assessment, making it the most prevalent personality disorder. An individual with severe OCD is more likely to be diagnosed with OCPD.

Treatment includes meditations and psychotherapy. CBT- cognitive behavior therapy helps to release anxiety, stress, or depression and encourages individuals to put less emphasis on the aspects of life and greater emphasis on recreational activities and interpersonal relationships. Exposure and response prevention interventions are found to be of great help in such cases. Long-term medicine prescription is not usually recommended, but SSRIs are used to decrease some anxiety and symptoms of compulsive cycles. Relaxation techniques involving meditation, breathing in a specific way, and mindfulness help decrease stress and a need for urgency. Lifestyle changes such as doing activities taught in therapy and recognizing and noting down the behavior and activities help recognize and respond to the triggers and manage stress.

OCPD is a personality disorder characterized by preoccupation with control, a need for order, and perfectionism with no room for being flexible, ultimately leading to interference in task completion. Treatment includes CBT meditations, psychodynamic psychotherapy selective serotonin inhibitors. Psychoeducation helps by making an individual aware of the symptoms in them that are causing behavior changes and figuring out the best steps towards it to cope.