It becomes apparent to see how different people hold different qualities, where each individual is different in their own way. Some live with stability, whereas some live in an emotional world. Few prefer to stay alone, whereas few are in endless need of someone else's support. The reason behind such differences lies in individuals' different personalities, so studying and researching different characters and their behavior becomes essential. The following article will provide an in-depth analysis of research on personality.

What is Research in Personality?

As of now, it is clear that personality is a distinct feature that separates individuals from individuals. Such unique personality features are expected to study, and thus, personality research was demonstrated. Research in personality aims to explore different traits that an individual holds and how such traits differ from person to person. Research in personality puts up different levels: biological, where traits are taken into consideration, and psychological, where the impact of the external environment plays a crucial role in forming personalities. Apart from these levels, other miscellaneous factors, such as observational learning, affect the contribution of personalities. Researchers from early studies to more recent studies have examined that self-report inventories and rating scales have caused problems determining individual differences and are significant hindrances to personality research. Researchers now study personalities utilizing genetic-biological analysis and computer-generated approaches for such issues with self-report inventory and rating scales.

The Latest Research On Personality

As mentioned earlier, few tests result in a negative study on personality; therefore, psychologists in experimental psychology have made new approaches. One such research is introducing a new test called the Big Five model, which is illustrated in the additional paragraph.

In the future, the authors hope to examine how a more nuanced analysis of personality might influence their results. 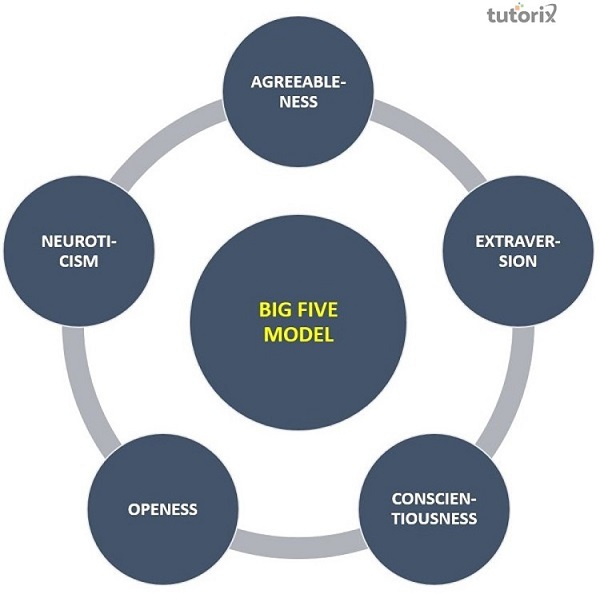 Types of Personality on Which Research Is Based 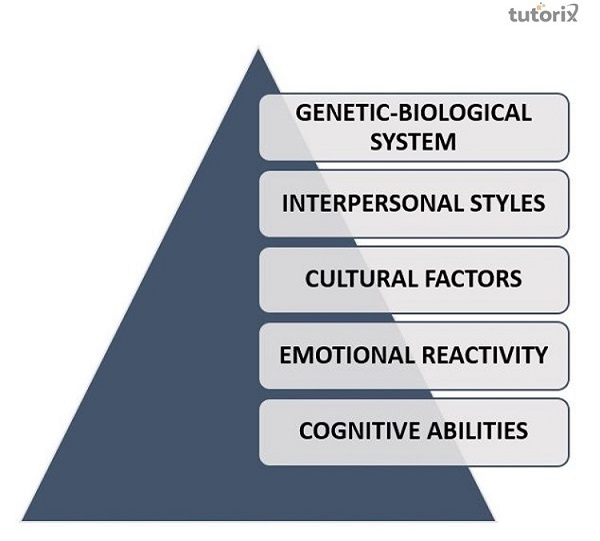 Cognitive Abilities − It refers to mental cognition, problem-solving, planning, abstract thinking, complex idea comprehension, etc. Personality has a lot to do with what people think, as cognition and behavior have a double edge sword relationship. Therefore, researchers study the cognitive abilities of individuals in determining their personalities by examining various thinking patterns possessed; describing their behavior.

Interpersonal Styles − Each person has different abilities and styles to interact with people with another way of perceiving the world; such abilities are known as interpersonal styles. Studies have been conducted to review personalities in three different interpersonal styles, which are passive (people are shy while interacting in social situations), cruel (people tend to act rude to others for some or other reason), and controlling (people often like to lead a group and control thereby).

Emotional Reactivity − The tendency to experience certain emotions to extreme or low intensity is referred to emotional reactivity. It becomes evident that people tolerate emotions differently depending upon their emotional capacity. Each one experiences unlike trauma in their lives, leading to differences in their personalities. Therefore, it helps investigators to conduct a study of different factors affecting personality.

Genetic-Biological System − The nature vs. nurture debate has been ongoing for many years, yet there is no outcome. Some personalities are affected by environmental causes, whereas some are affected by genetic factors. Researchers study various genetic factors that lead to differentiated personalities. As humans, we carry most of our traits through genes transferred from our parents; some genes decide our personality, which helps investigators in their study.

Cultural Factor − Diverse cultures lead to various religious aspects, causing different personalities in an individual. Some cultures are restricted from being open and bold, whereas some people are told to bring activeness while interacting with others. Similar studies are conducted to study such cultural factors.

In conclusion, personality psychology refers to individual differences in mental processes, behavior, and feelings and how these come together as a whole. Research in personality helps to study such differences and why does it occur.