Individuals with personality disorders have established thought patterns and behaviors that are different from what society except as normal or ordinary. Their inflexible personality traits and characteristics cause problems that obstruct and interfere with many aspects of their life, including social and professional relationships. People with major personality disorders frequently struggle to build meaningful, healthy relationships and have poor coping skills. 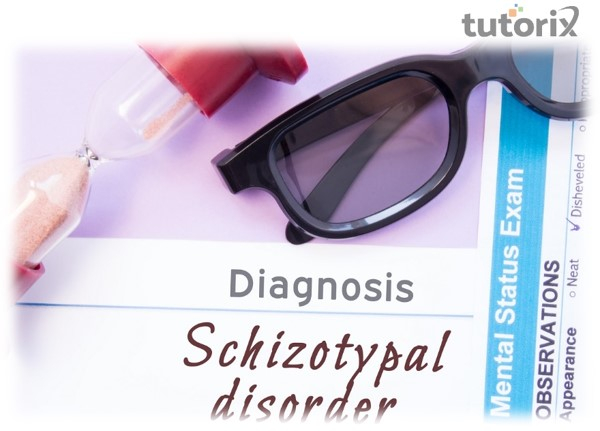 What is the Meaning of Schizotypal Personality Disorder?

A schizotypal personality disorder is a personality disorder characterized by a constant pattern of discomfort with interpersonal relationships and social encounters and connections. Individuals with this disorder exhibit distorted perceptions of reality, beliefs, and odd behavior. People with this disorder do not usually have any psychotic symptoms. However, they experience 'ideas of reference,' meaning they incorrectly interpret a casual incident and external events and attribute it to a particular or unusual meaning.

Individuals with this disorder might be extremely superstitious or concerned with paranormal experiences. These experiences are beyond and against their cultural standards and norms. They are well known for their odd beliefs or magical thinking, which usually drives their behavior. Some people indeed claim to have the Sixth Sense.

Both schizotypal and schizophrenic individuals tend to show abnormalities in their temporal lobe structure and function. However, individuals with Schizotypal personality disorder do not show a decrease in the volume of their frontal cortex. Function-imaging studies have shown that both disorders may have abnormalities in the activation of the frontal structure. However, schizotypal individuals tend to use another alternative region of their brain to accomplish a task requiring frontal lobe activation. Thus, helping them compensate for their disability in activation of the lobe.

The causes of this personality disorder are believed to be a combination of an individual personality that was formed during their childhood and shaped through social interaction, inherited traits and genetic composition, environmental factors, coping mechanisms, and temperament. 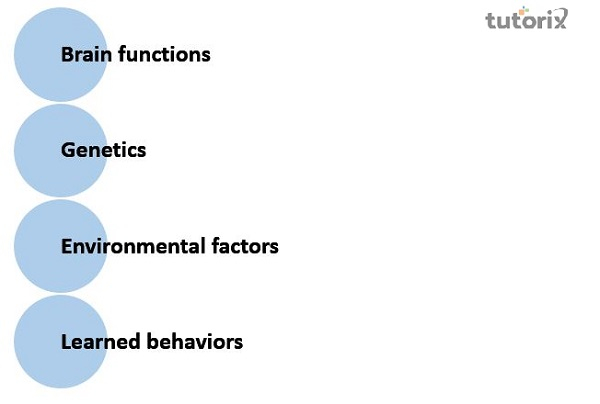 Studies have observed that this personality disorder manifests in three divisions and contributes to its cause and development. A significant genetic composition is characterized by unusual behavior, restricted mood and aloofness, and an absence of a close circle. Secondly, an increased level of mystical ideation and perceptive abnormalities. Finally, an increase in levels of 'ideas of reference,' social anxiety, and mistrust or suspiciousness, with low levels of weird unusual behavior and speech and restricted emotions caused exclusively by unique environmental variables without evidence of any hereditary causes. In a study by H. Thompson, RJ, and Berenbaum in 2008 to generate evidence and the contributing factors under psychological trauma in schizotypal personality disorder. Results show that schizotypal symptoms were associated mainly with childhood abuse, neglect, and maltreatment.

A schizotypal personality disorder is characterized by the following symptoms −

Individuals who have schizotypal personality disorder seldom receive treatment for the condition. When individuals seek professionals, it is usually for a co-occurring condition like depression or anxiety.

Psychotherapy − The main aim and objective of psychotherapy are to assist individuals in recognizing when they are misrepresenting or distorting their reality.

Medications − No FDA-approved medication for the treatment of this disorder is used. However, medicines such as anti-depressant and mood stabilizers help reduce the symptoms. Antipsychotics include aripiprazole (Abilify, Aristada) or risperidone (Risperdal). Stimulants like Concerta, Ritalin, And ADHD medications like guanfacine Intuniv and Tenex help manage the symptoms and are used in combination with psychotherapy.

A schizotypal personality disorder is a mental disorder normally characterized by a constant pattern of discomfort with interpersonal relationships and social encounters and connections. Individuals with such disorder display distorted perceptions of reality and beliefs with unusual behavior. It falls under the cluster A personality disorder involving strange, odd, and eccentric thoughts and behavior patterns. The cause of Schizotypal personality disorder is not yet known, but brain functions, genetics, environmental influences, and learned behaviors play a role in its onset. The treatment for this disorder depends mainly on psychotherapy and support systems. However, medications and lifestyle management may help by minimizing their symptoms and assisting them in faster recovery. It is vital to seek support at the first appearance of the symptoms as, in this disorder, comorbidities further complicate the case.