Have you seen people who take personality tests for self-evaluation, determining their symptoms for a particular disordered behavior? Do you ever wonder why people rely so much on such personality tests? Furthermore, what exactly does a personality test yield? For all the above questions, let us dive into this guide.

What are Self-Report Personality Tests?

Self-report personality test, also known as a self-report inventory, is a Likert-type test; wherein each question has to be answered with a tick on either "yes" or "no." These tests are helpful for the assessment of individuals' personalities which then reveals their symptoms of disordered behavior. An individual is asked questions depending on the distinct formats of this test. Listed below are the examples of formats discussed.

Adjective type − An adjective that refers to a person's personality. For the same purpose, questions are based on how an individual refer themselves to an adjective. For instance, four adjectives will be offered for the same individual who has to choose one which suits them reasonably. An adjective representing the personality is mainly provided to choose between warm, tidy, efficient, active, furious, etc.

Sentence type − Here, a few sentences are formulated for an individual where they have to choose between different sentences followed. The most accessible yet convincing personality test is used to draw up the evident personality of an individual. For instance, simple sentences such as "I like to attend parties," "I have a passion for reading," etc.

Reporting behavior − Such format in personality tests is a unique way to describe a person's behavior. When an individual systematically reports their behavior, it becomes helpful for the examiner to assess the individual's personality. Reporting simple behavior indicates accepting wrong or even right behaviors commenced from the past. One example of reported behavior is "I have been drinking and driving for many years."

Likert scale − The primary type that every psychological test consists of is the Likert type scale; easy to comprehend for the examinee and easy to assess for the examiner. Such scales consist of two options, mainly "yes" and "no" for every following question. An individual has to tick the right option which suits their situation comprehensively.

Henceforth, test-takers are asked to indicate how reasonably one item describes them; following the answers, the examiner then marks scores and identifies a particular personality. 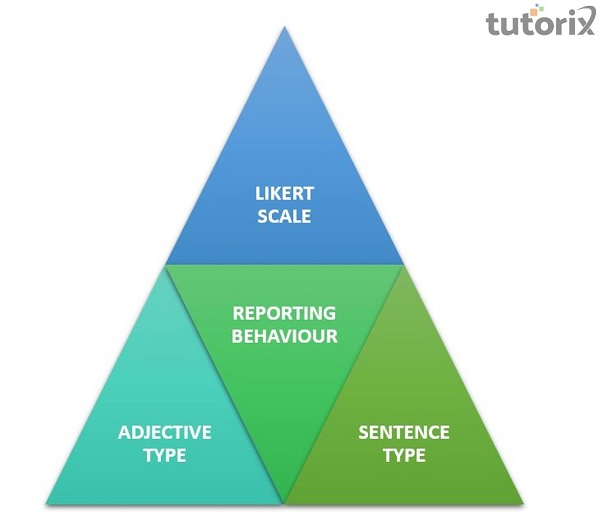 Problems with a Self-Report Personality Test

Apart from such problems, many still opt for personality test as it helps individuals understand their errors and correct them with time and with the help of a psychometrician.

16PF − Cattell identified 16 source traits (essential traits underlie the surface trait). These 16 source traits are seen as trait dimensions in which there are two opposite traits at each end with a range of possible degrees for each trait measurable.

Myers-Briggs Type Indicator (MBTI − Based on the idea of Carl Jung, looks at four personality dimensions: the sensing/ intuition (S/N) dimension, the thinking/feeling (T/F) dimension, the introversion/extraversion (I/E) dimension, and the perceiving/judging (P/J) dimension. These four dimensions can differ for each individual, resulting in 16 (4*4) possible personality types. 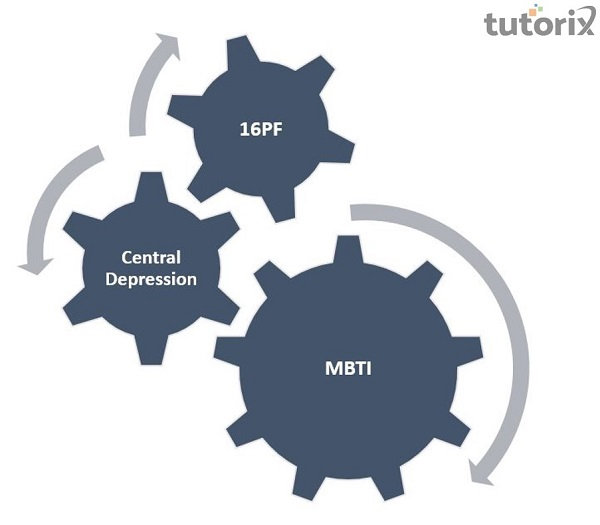