The concept of superiority not only holds a prominent position in the society we are living in, but it also comprises the great upward thrive. It is from the thoughts of Adler that it can be derived that the endless struggle to obtain self-mastery and perfection helps in striving towards upgrading from the current situation to a much better situation shortly. The main motive or goal in our life is to shift our position from our perceived state of negativity to a perceived state of positivity and hence achieve superiority over everyone. The struggle to achieve superiority manifests in everything a person does. It acts as the centre of every solution related to the problem. The ultimate meaning related to security can vary from one person to another. How a person keeps striving towards perfection can also change accordingly.

What is the Meaning of Striving for Superiority?

Some people strive for superiority in matters of power and self-esteem. It can be considered the self-centred goal of the individual, while some others strive towards the achievement of goals that are highly beneficial to society.

The concept of striving for superiority becomes the sign of the work of a person who has emerged from the experiences of childhood. This type of action is slowly turned into the feelings that go over reading anything. That feeling of overriding in Adler’s theory has derived from the sentence related to underestimation from very early childhood. The feelings are not only separable, as Adler believed in the fact that feeling soft overriding and underestimation resembles the cycle of a person's life. The basic outcome of this cycle is the continuous expectation of a person to boost and optimize the performance he has given throughout his life. The basic characteristic of a human being is to be the best of everyone. It means overriding the present position of the individual by having some outstanding skills of leadership and knowledge.

The model of perfectionism is concerned about striving for superiority because it is dependent upon a certain parental factor that is the result of the experiments. It tells us to support that theory is based upon different types of perfectionism, some of which are socially based and others are individually based. It helps present the evolutionary model. Those three basic domains, which comprise the most dangerous facts related to perfectionism, are environmental, individual, and parental factors. The parental factor related to perfectionism will create autocratic behaviour in the child in striving towards performing higher. It will make the child follow some higher standards by becoming much more ambitious. The second is the individual-based factor, where the children are creating an impression towards society by having some high level of chances to become perfectionists to strive for superiority (Anderson, and John Angus D, 2016).

The Basic Part Related to The Evolutionary Principle

The factor related to striving for perfection is considered to be completely innate. It is not only innate in a way that can be called concrete, but it could be found in different individuals by the presence of different variations. The concept of the evolutionary aspect is always a matter of stress among scientists who consider that every single living creature struggles for its survival. Being a holistic theory, the psychology of the individual comprises some unitary aspect related to motivation that is used for postulating the quote, which is considered to be the mere force related to life. It is also considered to be the dynamic principle and is another alternative that is called the master motive. It is used for describing some basic forms, like the course of life. The assumption related to life remains constant and the name is given to the master motive of humans for several years (Adler, 1956).

This highly holistic theory is used to assume the essential harmony between society and false. It causes a huge conflict related to erosion conditions. If the harmony is based upon non-living substances, it acts as a dynamic aspect of force by giving direction to strive for superiority. It is potentially developed and influences the direction towards which living organisms strive for their survival or perfection. It almost sounds like an issue that is timely and strives for the basic roots related to social interest. It will help in curbing the ill effects of society. Things will turn out to get better as people will work towards their respective aims (Adler, 1956).

Adler has made a strong focus on the concept of prevention is better. He has put greater emphasis on medical care, psychological aspects, and social welfare. Striving for superiority implies acting in a self-centered manner toward the aims or goals. It is a vertical path through which a person peruses a motive despite any kind of personal achievement or gain. It will also take into consideration the betterment of other people and contribute to the well-being of society. The Adlerian criterion related to mental health comprises some basic aspects which will look after the physical and mental health of the individuals. Any kind of maladjustment on the issue could lead to the severe consequence of adopting self-interest. The greater the positive outlook towards the future, the greater the chance of getting success and hence obtaining superiority (Adler, 2017). 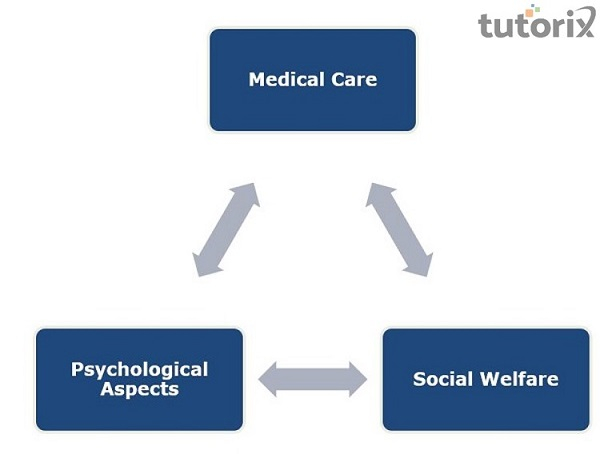 Striving for superiority is an individual aspect of psychology to be contradictory or erroneous and is related to the concept related to pollution. It has helped in uncovering various facts related to the failures and deviations of human beings. These erroneous strivings can also lead to a decline in psychological health, which can act as a barrier to the success of human beings. Adler has stated that individuals must have a much more conscious sense related to social interest to strive for superiority.