You might have noticed that some people have the habit of pulling their hair from the scalp that often leaves patchy bald spots. It causes substantial distress and can affect the normal functioning of the mind. Surprisingly, people with trichotillomania may make any excuse to disguise the loss of hair. 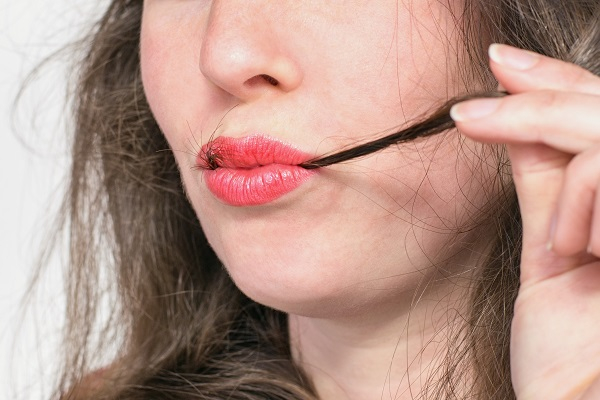 The term trichotillomania, first used by the French dermatologist Francois Hallopeau in 1889. It refers to the inability to control the impulse to pull out one's hair. It is a chronic condition marked by repetitive hair pulling, which causes uneven hair loss. The disorder is similar to impulse control disorders and obsessive-compulsive disorders in that there is increasing tension before the hair pulling and a release of tension or satisfaction after the hair pulling. Compulsive hair pulling may be done from various body parts such as the scalp, eyelashes, eyebrows, beard, pubic area, etc.

The characteristic features of the disorder are impulse-driven repetitive hair pulling, uneasy feeling and rise in body tension when the pulling is resisted, and a perceived sense of relief following hair pulling. The Diagnostic and Statistical Manual of Mental Disorders (DSM-5) explains five diagnostic criteria for the disorder. The essential feature is that hair pulling occurs repetitively, leading to significant hair loss. Although, the hair pulling sites and frequency may vary over time and may endure for months or years. Common sites include the eyebrows, eyelids, and scalp, and less common sites include peri-rectal regions, axillary, pubic, and facial hair. Another important feature for diagnosis is that the individual with the disorder must have attempted several times to stop hair pulling but could not succeed.

Chronic hair pulling causes significant impairment in social, personal, occupational, academic, and other areas of life. It may be accompanied by distressful feelings like shame, embarrassment, and a consistent loss of control. To diagnose, the above symptoms cannot be explained by or be a part of other medical issues like a dermatological condition or any other mental disorder, like improvements made to a perceived imperfection in appearance in body dysmorphic disorder.

A variety of hair-related actions or rituals may accompany hair pulling. For example, people may look for a specific type of hair to pull (like hairs with a certain texture or color), may attempt to pull out hair in a particular way (like pulling in a way that hair comes out with root intact), or may examine or manipulate the hair visually, tactilely, or orally after it has been pulled (such as rolling the strand between the fingers, pulling the strand between the teeth, biting the hair into pieces, or swallowing the hair). Hair pulling may also be preceded or accompanied by various emotional states. Feelings of boredom or anxiety may bring it on, or it may be accompanied by an increasing sense of tension (either right before the urge to pull or while attempting to resist it). It may also be followed by feelings of satisfaction, pleasure, or relief after the hair is pulled out.

The causes of hair pulling disorder broadly can be categorized as environmental, neurobiological, and genetic. 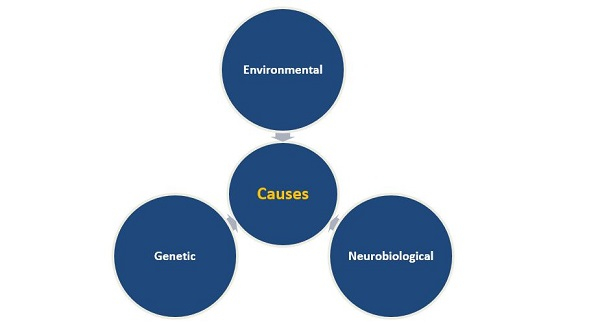 Trichotillomania is considered to be multidetermined. In 25 percent of the cases, the onset is found to be following stressful situations, such as the recent traumatic loss of an object or person, the fear of abandonment, or disturbances in mother-child relationships.

There may also be a genetic predisposition. Studies show a family history of obsessive-compulsive symptoms, impulse-control disorders, and tics. Substance abuse is reported to increase the risk of the development of trichotillomania. The neurobiological studies reported a smaller volume of the left lenticular areas and putamen in individuals with trichotillomania.

Infants tend to pull their hair, but this tendency usually stops during the early stages of development. Hair pulling, as a disorder, usually begins with the beginning of puberty. Over time, hair pulling locations may change. If the disorder is left untreated, trichotillomania often has a chronic course with some waxing and waning. Females with hormonal instabilities may experience worsening symptoms (e.g., menstruation, perimenopause). Some people may experience the illness intermittently for weeks, months, or even years. Within a few years of beginning, a small percentage of people remit without experiencing a second recurrence.

Because of the associated shame, the prevalence of the disorder may be underestimated. The 12-month prevalence rate in adults and adolescents in the general population is 1 percent to 2 percent. In a ratio of around 10:1, females are affected more often than males. However, during childhood, both males and females are equally affected. 35 to 40 percent of people with trichotillomania are thought to have chewed or swallowed hair at some point; almost one-third of these develop bezoars or hairballs that build up in the alimentary tract and can be dangerous.

The treatment is multimodal for trichotillomania- including dermatological, psychiatric, and psychological. 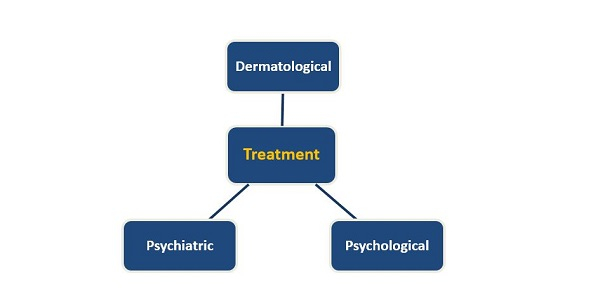 However, studies report that treating trichotillomania can be challenging since there is a substantial risk of relapse even after following various treatment approaches. The best therapy strategy depends on the patient's age, health, and mental state, among other things.

Trichotillomania is a condition marked by compulsive hair pulling that provides comfort and pleasure. The accompanying shame prevents those who have it from participating in society and also impairs functioning in other areas of life. This condition is multidetermined, with causes varying from environmental and genetic, to neurobiological. The onset is usually in puberty and affects females more than males. Both medication and behavioral strategies can be used to treat the disorder.